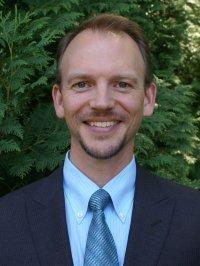 Located in Shorewood, MN, overlooking Mary Lake, The Elsbernd Voice Studio offers singing technique and musical instruction to singers age 15 - adult. As an accomplished professional solo vocalist, masterclass instructor, contest adjudicator and choral director, Jerry Elsbernd draws on a wealth of experiences and perspectives to aid his students in the development and growth of their voices. Jerry's in-depth knowledge of the anatomy involved in singing, combined with his innate musicality and interpretive skills as a performer provide a unique holistic approach to the development of his students' own performance skills.

Whether you (or your 15+ yr child) are a beginning singer with little or no previous vocal training or an accomplished vocalist, all students benefit from individual attention to their own unique physiques, techniques and performance styles. This is accomplished in a fun and encouraging private studio environment. Degrees: M.Ed. Vocal Music B.S. Vocal Music Education

Continuing Education and Specialties: Jerry was the winner of the 2009 MN NATS grant for vocal research for his successes in collaborating with a speech therapist on the recovery of injured voices. He and his colleague, Robert Grider, presented their research and shared their ideas with a very receptive crowd at the NATS National Convention in Orlando in July 2012.

Students' Successes: Some notable Elsbernd Voice Studio graduates include the lead singer of the multi-platinum record winning band "American Authors," a Presidential Scholar in the Arts (Winner of YoungArts in Musical Theater), national "Jimmy" Award winner, gold record selling pop artists, lead actors/singers in off-broadway and national touring musical theater productions based out of NYC, several NATS Student Audition winners and finalists at state, regional and national levels in both classical and music theater divisions (including the 2015 NATS NSA Winner in the HS Men's Music Theater Division), a national finalist in the Classical Singer's High School Vocalist Competition and numerous students who have gone on to careers in singing and music.

In addition to his home studio, Professor Elsbernd is an adjunct professor of voice at Concordia University, St. Paul.

Voice Type: Tenor
Music Styles Taught: Pop; Opera; Folk; Classical; Musical Theatre
Availability: I have a wait-list for private lessons; I am available as a clinician or presenter