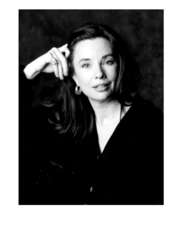 Title: Owner
Bio: Mimi O'Neill soprano, pianist, author, and educator, originates from Pasadena, California. She has an extensive background in operatic repertoire, having performed in opera in Europe and the United States as a lyric coloratura soprano. She is a specialist and proponent of German Lieder, having lived and studied in Germany with renown teachers and coaches. And, as well, she excels in most genres of classical art song including French, Italian, and English. Mimi O’Neill is an acclaimed singer of Bach, and has also performed greatly in baroque repertoire, the music of Handel, Purcell and others. Having established her voice studio in Albany, New York, in 1988, Mimi O'Neill offers students a comprehensive and professional level training in voice technique, emphasizing breathing, scale work, musical development and repertoire coaching. In addition to her singing and teaching, Mimi O’Neill continues to perform and coach as a highly trained pianist and accompanist along side her work as a voice teacher and performer. Life: Excelling first on the piano, Mimi O'Neill traveled to Europe in the 1970s where she studied the “Zen of Sound” with coloratura soprano Kammersaengerin Elinor Junker-Giesen in Stuttgart, Germany. She also studied with Hubert Giesen, Ms Giesen’s husband, and renown vocal coach and accompanist of tenor, Fritz Wunderlich and soprano, Anneliese Rothenburger and others. After returning to the US, Mimi O’Neill furthered her vocal studies with Spanish soprano, Montserrat Alavedra, of the University of Washington and coach, Suzanne Szekeley, of the Seattle Institute of Allied Arts, both in Seattle, WA. A resident of Los Angeles again in the 1980's Mimi O'Neill completed her vocal studies with soprano, Pollyanne Baxter of Cal State, Los Angeles. During this time she was the featured coloratura soprano in several U.S. premiered operas including Cendrillon (Cinderella) by Pauline Veradot, and Il Crociatto in Egitto (The Crusades in Egypt) by Giacomo Meyerbeer with the Malibron Society in Los Angeles, CA. In the early 1990's Mimi O’Neill developed her work in Europe, primarily in Germany, France, and Holland, where, besides offering concerts of classical and contemporary music. She was also a frequent teacher and contributor with Sufi teacher, Pir Vilayat Khan, in the Zenith Institute in Chateau Queyras, France, and Olivone, Switzerland. In 1994, Mimi O’Neill developed a new workshop called Soulsong: Empowering Voice and Self through Sound. In Soulsong Mimi O’Neill presents a process that explores an authentic and empowered sense of self as well as the opening of the natural voice. Mimi O’Neill offered Soulsong in many cities in the US, but developed her main work in Bremen, Germany, where she created an ongoing eight-year Soulsong training group. Her book, Journey to the Sound God, reflects this work. (Self published in 2002. Available: www.mimioneill.com.) Highlights in Albany, NY, 1990- 2016: Mimi O’Neill relocated to Albany, New York in 1989. In 1992 she sang in the premier of Max Lifchitz’s Of " Of Bondage and Freedom", a chamber piece honoring the victims of the holocaust. This work also featured violinist Yosef Yankelev and pianist Lincoln Mayorga. In Albany she founded the Mimi O’Neill Studio of Voice. She invited talented singers from her studio to join her in the Albany Ensemble, a ten member performing group. For several years the Albany Ensemble performed concerts of operatic duets and ensembles throughout the New York State Capital Region. Mimi O’Neill toured Germany and Poland with one of these singers, tenor, John Garafalo, in 2001 and 2002, performing in Bremen, Germany and Gdansk, Poland. Later, in 2005, with a smaller Albany Ensemble she toured again to Poland where they performed in Gdansk and in Warsaw at the Jewish Institute and Museum. In 2006, she brought her new vocal ensemble, ARIA, to Bremen, Germany. ARIA offered two gala benefit performances in Albany’s St. Joseph’s Church in 2007 and 2008, the latter, a Festival of America Music with pianist Lincoln Mayorga, and singer songwriter Sheri Mayorga. Since this time Mimi O’Neill has performed with ARIA - a classical vocal trio in the greater Capital area of New York. Mimi O’Neill has been teaching voice in Albany, New York since 1989. Her previous voice studios were in Seattle, WA (1976-1983) and in Los Angeles, CA. (1983-1988). Besides her musical career, Mimi O’Neill has an extensive background in meditation. She co-directs the Awakened Heart School - a meditation school with her husband, John O’Neill.
Voice Type: Soprano
Music Styles Taught: Opera; Classical; Musical Theatre
Availability: I am available as a performer; I am currently accepting private students