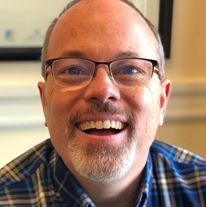 Bradley Williams, one of opera's most sought-after tenors in the bel canto repertoire, joined the New England Conservatory voice studio faculty in Fall 2012 and has been Chair of Voice since 2018.

A regular guest of theaters around the world, he has appeared in Europe with the Gran Teatre del Liceu in Barcelona as Ramiro in La Cenerentola and Giannetto in La Gazza Ladra, Teatro Cervantes in Malaga, Spain, as Arturo in I Puritani, Teatro Regio Torino as Tebaldo in I Capuleti i Montecchi and the Roasted Swan in Carmina Burana, Teatro Carlo Felice in Genoa as Ramiro, Opera de Bordeaux as Almaviva in Il Barbiere di Siviglia and as Don Ottavio in Don Giovanni, Teatro Massimo Bellini in Catania as Salvini in Bellini's Adelson e Salvini, Royal Danish Opera as Almaviva, Wexford Festival as Alphonse in Hérold's rarely performed Zampa, Opera du Rhin in Strasbourg as Tonio in La Fille du Regiment, Opéra National de Lyon as Ramiro, Garsington Opera Festival as Lindoro, and Opera Ireland as the title role in Gounod's Faust.

He may be heard on disc as Salvini in Bellini's Adelson e Salvini on the Nuova Era label and as Scott in Harvey Milk on the Teldec label.

In addition to his performing career, Bradley Williams has served as the General Director of Cimarron Opera in Oklahoma and as an Associate Professor of Voice at the University of Oklahoma. His students have won national competitions and currently perform in the U.S. and Europe. Williams is regularly sought after as a masterclass presenter and adjudicator around the United States.

The Conroe,Texas native obtained his Bachelor and Master of Music degrees at the University of Texas at Austin, and also pursued graduate studies at the College/Conservatory of Music at the University of Cincinnati. He is a recipient of a major grant from the Sullivan Foundation, and was an apprentice with the Santa Fe Opera prior to making his professional debut with the Metropolitan Opera Guild as Ernesto.

Voice Type: Tenor
Music Styles Taught: Opera; Classical
Availability: I am currently accepting private students; I am available as a clinician or presenter; I accept students through a college or university program