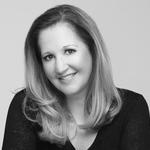 With a proven track record for helping students enter top musical theatre programs across the country, Noel’s students are attending U of Michigan, NYU Tisch, NYU Steinhart, Syracuse, Ithaca, Boston Conservatory, Emerson, Manhattan School of Music, Berklee, AMDA, U of Arts, Pace, and Elon. Additionally, she has prepared singers for television shows such as The Voice and American Idol where her students have moved on to the final audition rounds.

Noel is unique among voice teachers with her specialized training as a vocal habilitator to help singers heal from injury. She collaborates with Brigham and Women’s Voice and Speech Lab in Boston, Beth Israel, and Cornell Medical Center NYC.

Noel is an invited speaker at conferences on the topics of vocal health and healthy belting for the young singer. Most recently, she was a featured presenter for the NATS National Convention in Las Vegas (2018) and The Voice Foundation (2016)

She is a guest artist at New England Conservatory Prep Program and Walnut Hill School where she works on training young singers for Musical Theater, and stylizing the pop song for theater auditions.

Graduating summa cum laude from the Boston Conservatory in Voice Performance and Piano, Noel has further training in Estill Voice (Level 1-3); Shenandoah Conservatory’s CCM Institute with Matt Edwards, (Level 1-3); Yoga for Singers; Feldenkrais; Teacher Training with Sheri Sanders of Rock the Audition and Kevin Wilson's Pedagogy Workshop at Boston Conservatory. As co-founder, director and producer of Vox Futura, New England's premier recording choir, Noel sings and produces for record labels, pop and classical artists. She is also the President Emeritus of NATS (National Association of Teachers of Singing), Boston Chapter. Additionally, she is a member of ASCAP, The Voice Foundation, NE Chapter, and is a voting member of The Recording Academy (Grammy Awards).

Noel is a Grammy-balloted recording artist and songwriter who has released two solo albums. Constantly in demand as a session singer, her voice has been featured in numerous Hollywood films and in many internationally released video games. Most recently you can hear her vocals featured in Amazon Prime's "Electric Dreams" episode "AutoFac" (2018) and on the latest album from the internationally acclaimed a cappella group Naturally 7.