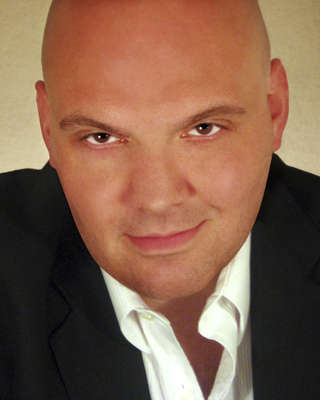 With his powerful voice and commanding stage presence, baritone Jacob Lassetter enjoys an exciting and vibrant career on both the operatic and concert stage. Critics have praised his dignified characterizations, his soaring high range, and his deep, rich tone quality.

In 2016 Dr. Lassetter sang Elijah with the Bassi Brugnatelli Symposium, and Haydn’s Lord Nelson Mass with the Bach Chamber Players of Saint Paul. In 2015 he sang Beethoven’s Symphony no. 9 at the University of Wisconsin – Stevens Point, the Mass in B Minor with the Rochester Choral Arts Ensemble, and Wolfram in Tannhäuser with Apotheosis Opera in New York City.

Other recent performances include engagements with Music by the Lake as Horace Tabor in The Ballad of Baby Doe and in his signature role of Germont in La Traviata. He most recently sang Germont with Opera Theatre of the Rockies, and the role also served as his Italian debut in Castelfranco Veneto. He has earned critical acclaim for Orff’s Carmina Burana, performing with such companies as the Lexington Philharmonic, the Rochester Choral Arts Ensemble, the Ottumwa and Grinnell Symphonies, and at Orchestra Hall in Chicago, where he also sang Fauré’s Requiem. He has performed frequently with the Peninsula Music Festival, singing Beethoven’s Symphony no. 9, Verdi’s Requiem, and Figaro in Le Nozze di Figaro. Dr. Lassetter’s additional operatic credits include Michele in Il Tabarro, the title role in Don Giovanni, Enrico in Lucia di Lammermoor, Don Alfonso in Cosi fan tutte, and Griswold in Argento’s The Voyage of Edgar Allan Poe. Other concert credits include Walton’s Belshazzar’s Feast, Mozart’s Requiem, Handel’s Messiah, and Bach’s St. John Passion and St. Matthew Passion. A frequent recitalist, he made his debut at New York City’s Carnegie Hall in 2008 alongside his wife, soprano Karen Kanakis.

A recent Finalist in the National Opera Association Vocal Competition, Dr. Lassetter has been a Semi-finalist in the Marguerite McCammon Voice Competition, a Regional Finalist in the National Association of Teachers of Singing Artist Award Competition, and received the Encouragement Award from the Southern Ohio District of The Metropolitan Opera National Council Auditions. He is an alumnus of the Young Artist Programs of Chautauqua Opera, Des Moines Metro Opera, and Utah Festival Opera Dr. Lassetter holds a Bachelor of Music degree, magna cum laude, from Louisiana State University, the Master of Music degree from The University of North Texas, and the Doctor of Musical Arts from the University of Cincinnati College-Conservatory of Music. He has served on the faculties of Luther College, the University of Cincinnati College-Consevatory of Music, The University of North Texas, Lutheran Summer Music, and the Bassi Brugnatelli International Conducting and Singing Symposium. He currently serves as Associate Professor of Voice and Director of Opera Studio at Webster University in St. Louis, Missouri.