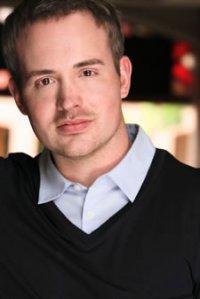 “A year ago, I had never had a singing lesson. Today, I'm performing a leading role on Broadway. I owe everything to Mike's brilliant and patient tutelage.” – Jefferson Mays, Tony Award winner ("Gentleman's Guide to Love and Murder"; "I Am My Own Wife")

Michael Ruckles maintains a busy private studio in NYC specializing in technique for Musical Theatre and contemporary commercial vocal styles, with students appearing in leading roles on and off-Broadway, in national tours and on concert stages across the country. His methodology incorporates elements of Alexander, Feldenkrais, Lessac, Estill, Body-Mapping (Conable), Resonant Voice Therapy and Fitzmaurice work among others. Michael works closely with the industry’s most successful and respected musical directors, composers and casting directors, and is, therefore, at the vanguard of the latest vocal trends and styles. As a result, he is able to bring this “insider perspective” and wealth of experience to each voice student, enabling them to be uniquely marketable and savvy. Michael served as musical director/private voice faculty for the School of Theatre Arts and Dance at the University of Northern Colorado for eight years before heading East. He studied piano at the University of Southern Colorado before completing a degree in Voice and an M.M. at UNC. He served as adjunct voice faculty for the New Studio on Broadway at NYU’s prestigious Tisch School of the Arts and taught regularly for the Musical Theatre division of the New York Film Academy. He has also served on the voice faculty of Ann Reinking's Broadway Theatre Project, the Growing Studio, and Jeff Whiting's Open Jar Institute in NYC. Michael is a proud member of the National Association of Teachers of Singing and the New York Singing Teachers’ Association (NYSTA) and is a much sought-after clinician for NATS and for universities across the country. He was honored to lecture at the Center for Voice and Speech in Denver with preeminent voice scientist Ingo Titze as part of the Summer Vocology Institute.