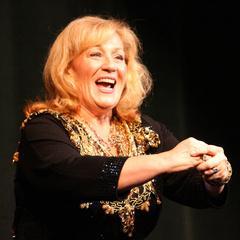 I teach at : Philadelphia Vocal Academy - Philly Girls Choir Private studio in Philly and in Rome, NY Please call or email for prices, availability, and scheduling. TEACHING Each student comes with a unique set of characteristics, both personal and vocal, defying the use of any formula or set method. The primary goal I have in teaching voice is to develop maximum quality of expressive sound using the minimum of effort. To achieve this, I work with students to identify blockages in the physical and mental process of singing and to remove extraneous tension in the body. This allows the singer to cultivate tonal balance & beauty and establish the freedom we all need to bring music to life.

I guide students to understand and be able to fulfill the responsibilities of a singer in a professional way: to have secure technical ability and the tools to interpret a page of music, serving the obligations of that music.

I teach private voice lessons in the Philadelphia area and, recently did master classes at Festival di Opera San Luis Potosí, Festival de Música Erudita do Espírito Santo-Brazil, Theatro Municipal of São Paulo, Northwestern University, University of South Carolina School of Music, College of Charleston, Columbia College, and Coker College in South Carolina and Nazareth College of Rochester. STUDENTS: My students are Jr. and Senior High school and college students, and professionals, including many coming from Brazil and Germany. SINGING EXPERIENCE- Maria Russo has sung more than fifty of the most demanding soprano roles in the operatic repertoire including Brünnhilde, Isolde, Elektra, Senta, the Kaiserin, Turandot and over 100 performances as Abigaille in "Nabucco". Highlights of Maria Russo’s operatic career include nine years at the Vienna State Opera and Volksoper (Abigaille, Giorgetta, Donna Anna, Helmwige, Saffi, Loriot-Brünnhilde, cover-Elsa under conductors Barenboim, Runnicles, von Dohnányi, Schneider, Young) and performances at the Teatro Colon in Buenos Aires (Senta, under Dutoit), Zurich Opera (Giorgetta, under Viotti), Stuttgart State Theater (Alceste, Cio-cio-san, Helmwige, Lady McBeth under Davies, Eschenbach), Teatro Comunale di Bologna (Wozzek-Marie under Gatti), Hamburg Opera (Helmwige, under G. Alberecht), Teatro Verdi di Trieste (Isolde, Brünnhilde) and Bavarian State Opera in Munich (Sawallisch). In 2006, in the very first Ring ever produced in Brazil, Ms. Russo sang all the Brünnhildes. She sang Isolde at the National Theater of Mannheim (Märkl) covered Isolde at the Amsterdam Opera (Rattle), Elektra at the Tokyo Opera in Japan (Schirmer), Elsa at the San Fransisco Opera (Runnicles) and sang Gioconda at the Hannover State Opera. In addition to living and singing throughout Europe for 23 years, the soprano has sung repeatedly as a guest in Japan, Korea, Taiwan, Argentina, Venezuela, and Brazil. Alongside her stage performances, she is often engaged as a concert performer in the oratorio repertoire and has sung with major orchestras such as the Vienna Philharmonic (Quadri), the Radio Orchestras of Munich, Frankfurt (Renzetti), Berlin, Hamburg and Stuttgart, Bamberger Sinfoniker, Orquesta Sinfonica Venezuela, Philharmonic Orchestra of Mulhouse, Orchestra di Bologna (Fagan) and the Orchestra Sinfonica dell’Emilia–Romagna. Ms. Russo won First Prize in the prestigious ARD German Radio Competition and was voted "best new female artist" in the German opera magazine "Opernwelt" [OperaWorld] for her portrayal as Chrysothemis in the John Dew production of "Elektra." The soprano is a graduate of Northwestern University (MM) and the Academy of Vocal Arts. ________________________

The Voice Foundation, NATS, Mu Phi Epsilon, Who's Who in Music, Chicago Musicians Club of Women