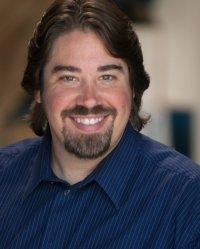 American tenor Joel Burcham has firmly established himself as a young professional in the world of opera and classical music. He is known for his dominant stage presence as demonstrated through sensitive acting and "effortless command of his voice." further described by Chris Shull of the Wichita Eagle as a tenor voice of "clarion tone and operatic power." "Burcham's soft voice," declared Jim Edwards of the Chicago Tribune, "was lyrical and smooth as silk but when he opened up his voice, beautiful loud steely notes poured forth." This versatile tenor voice has appropriately enabled Mr. Burcham to command leading roles with several of North America's top companies.

Operatic highlights include performances of La Traviata, Rigoletto, Tosca, Madama Butterfly, and Turandot with opera companies to include: Opera Fort Collins, Knoxville Opera, Madison Opera and Opera Omaha. Mr. Burcham made his professional operatic debut with his portrayal of Lindoro in LÕItaliana in Algeri with the Central City Opera.