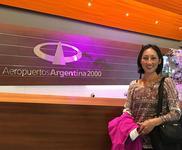 Title: Associate Teaching Professor of Voice
Bio: Soprano Yoko Shimazaki-Kilburn enjoys a vibrant career which recently has started to transition into a vocal pedagogue from a free-lancing performing career as an opera singer and a recitalist. Critics have praised her operatic performances and recitals, describing “Her beautiful bel canto singing and superb diction”, and John Lambert of Spectator Magazine claimed she was the “Highlight of the opera” as Despina in Cosí Fan Tutte. Ernst Scherzer in Graz, Austria’s Kleine Zeitung wrote that she was a “most appealing Ännchen”. Mrs. Shimazaki-Kilburn sang with Chicago Opera Theatre, Lyric Opera Cleveland and National Opera Company, not only as an apprentice but also as a contract singer. She was also a professional member of the Chicago Symphony Chorus in 1994-1998. She had the opportunity to perform frequently in Chicago’s Orchestra Hall under the batons of such giants as Sir Solti, Barenboim, Mehta, Ozawa, Eshenbach, and Boulez. Under Maestro Barenboim, she was the cover in Bruckner’s Te Deum and the understudy for Marzelline in Beethoven’s Fidelio. In Solti’s Decca recording of Die Meistersinger with the Chicago Symphony, she is featured as a maiden in the 3rd act. Mrs. Shimazaki-Kilburn held a two-year contract with the National Opera Company based in Raleigh, NC, where she appeared as Susanna and Barbarina in Le Nozze di Figaro, Mastrilla and Manuelita in La Perichole, Princess and Nightingale in L’enfant et les sortileges, Clorinda in La Cenerentola and Despina in Cosí Fan Tutte. Lyric Opera Cleveland featured her as Mimí in La Bohème, Princess and Bat in L’enfant et les sortileges. Other appearances include Chicago Opera Theater as Echo in Ariadne auf Naxos, as Celfa in Torejón’s La Purpura de la Rosa and Gretel in Hansel und Gretel, as Monica in The Medium, Micaela in Carmen and Pamina in Die Zauberflöte. Mrs. Shimazaki-Kilburn is an active recitalist. Her engagements include a number of live broadcast on WFMT Chicago of Dame Myra Hess Memorial Concert Series and Live From Studio, and The Music In The Loft Chamber Series, the Duke University Summer Music Festival, an All Women Composer recital tour in Japan and in the U.S., and a recital tour in Costa Rica where she collaborated with her husband pianist Ray Kilburn and Ciompi Quartet, Mozart’s Coronation Mass, Mozart’s Missa Brevis and Missa Solemnis in C,Beethoven’s Mass in C, Bach’s Magnificat as well as other Bach’s cantatas and Handel’s Messiah. Mrs. Shimazaki-Kilburn’s competition successes includes the 1st place in The Cliff Dwellers Arts Foundation Competition, the 1st place in The NATS Regional Competition, the Grand Prize in The NATS Chicago Competition and the 2nd prize in The National Opera Association Competition in Toronto. In the Tokyo International Competition, she placed as semi-finalist amongst other many prestigious Mid-Western competitions. Her impressive list of master classes includes Thomas Hampson, Craig Rutenberg, Margo Garrett, Judith Christin, William Stone, Nico Castel, Dalton Baldwin and Benton Hess, and has extensively worked with Richard Boldrey of Lyric Opera of Chicago. Mrs. Shimazaki-Kilburn holds both a B.M. and M.M. in vocal performance from Chicago Musical College of Roosevelt University, as well as a B.A. in Spanish from Graceland University. She has been on faculty at Ball State University for ten years, and has also served on the faculties of Taylor University, DePauw University, and Indiana University-Purdue University Fort Wayne. She has had great success as a studio teacher, and her student accomplishments include NATS at the state and regional levels, 1st place in the IMTA Hoosier Auditions, 4th place in Classical Singer National Conference Competition, and the Ball State University Undergraduate Concerto Competition Japan Prize. Her students have also won major roles in opera productions, and have been awarded entrance and generous scholarships to such programs as Northwestern University and the Cleveland Institute of Music. Mrs. Shimazaki-Kilburn has been the organizer for the Teatro San Juán – SOM/BSU Outreach Teaching Program for singers and has invited her voice area and choral activity colleagues to join her on this exciting opportunity not only to share skills and inspiration but to reach out to the other side of the globe for creating an inclusive learning environment. Mrs. Shimazaki-Kilburn enjoys outdoor activities such as gardening, skiing, swimming, hiking and camping with her husband and daughter.
Voice Type: Soprano
Music Styles Taught: Opera; Classical
Availability: I am available as a performer; I am currently accepting private students; I am available as a clinician or presenter; I offer lessons in a group environment; I accept students through a college or university program