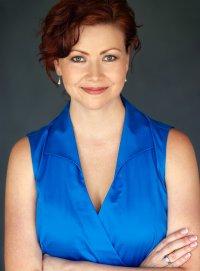 Title: Owner/Director: Broadway Babies and Kids & Broadway Vocal
Bio: Katie earned her degree in the performing arts, holding a B.F. A. from New York University’s prestigious Tisch School of the Arts CAP21 Conservatory. She has had experience teaching voice and dance for over 15 years, and is herself a working actress with over 20 years experience working professionally. She offers private training in vocal technique, audition, and performance ages 5 to adult. She tailors each lesson to the individual needs of the student, from young beginner to seasoned professional. Her vocal background from NYU is classical with training in musical theatre/pop vocal performance. She also teaches classes in Broadway and contemporary tap dance styles from beginner to advanced. \n \nShe is a member of the International Tap Association. She is also a proud member of ACTOR’S EQUITY ASSOCIATION, the professional stage actor’s union and NATS (the National Association of Teacher’s of Singing) \n \nVOICE \n \nKatie specializes in proper breathing techniques, efficient vocal placement, strengthening the transition between passaggios, healthy belting practices, and the interpretation and performance of a song. Her unique background in all three disciplines of voice, acting, and dance enables her to train the well rounded performer with audition technique/preparation, staging/choreography, style, and interpretation/performance. For the more serious student she introduces more advanced and rigorous work in ear training, sight singing, and music theory. Her vocal students have won top awards in District and National competitions, local and national pageants and performances, and have been accepted to prestigious performing arts training programs and Universities around the country. She has also coached professionals in touring companies, Regionally and on Broadway. \n \nADDITIONAL: \nKatie has been teaching all aspects of the performing arts for over 10 years in California, and the New York / New Jersey area, and has been in Florida teaching since 2002. Her specialty is Vocal Technique & Performance (Broadway/Pop/Classical), Musical Theatre Performance, Tap (Broadway and Contemporary styles). \n \nKatie recently moved back to the beautiful Bay Area after being in NYC and Florida for the past 15 years working and teaching professionally. She started her career in the performing arts at the age of 2 in San Francisco California. There she was a singer, dancer, competitive figure skater and ice dancer for nearly 20 years. She was exposed to many professionals throughout her training in the Bay Area both in the performing arts and ice skating. Katie received her B.F.A. from New York University’s Tisch School of the Arts, and remained in NYC for several years working as a professional actor. In 2003 Katie relocated to Florida to join a professional theatre company both as an actor and assistant to the Artistic Director and later as Resident Choreographer. She remained directing, choreographing and performing there until the Spring of 2009. She also taught at a performing arts school as Vocal Director where she has established a very successful vocal program designed for the aspiring Broadway performer. Katie recently moved back to the Bay Area with her husband and two young boys to be closer to family. \n \nKatie has extensive performing experience. Most notably with TONY® award winning director Walter Bobbie and Broadway choreographer Randy Skinner. She was cast in their production of Irving Berlin’s WHITE CHRISTMAS in San Francisco at the Orpheum Theatre in 2005, the FOX theatre in Detroit in 2006, and the Ordway in St. Paul in 2008. You can also hear her singing in the ensemble of the Broadway cast album which was released in the fall of 2006. Katie is a member of Actor’s Equity Association (the professional union for stage actor’s), ITA International Tap Association), and NATS (the National Association of Teacher’s of Singing). Katie has had students receive numerous awards, scholarships, been accepted to prestigious universities and colleges, as well as coached professionals who have worked regionally and on Broadway.
Voice Type: Mezzo-soprano
Music Styles Taught: Pop; Jazz; Rock; Classical; Musical Theatre
Availability: I have a wait-list for private lessons; I am currently accepting private students; I offer lessons in a group environment