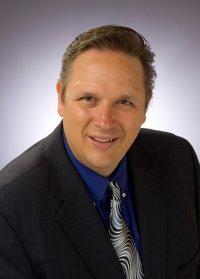 Tenor Richard Kosowski maintains an active career as a soloist, chorister, conductor, director and educator. His performance career includes a varied repertoire encompassing over 50 opera and oratorio roles, representing music from the early 17th century to the 21st century. He is an active song recitalist, and as a professional chorister he has sung across North America, Europe, and Asia. He is currently a professional chorister in Atlanta-based Coro Vocati, where he serves as tenor section leader, vocal pedagogue and foreign language diction specialist.

Currently the Director of Graduate Studies, Kosowski joined the faculty of the Townsend School of Music in 2007. He is the music director for Mercer University Youth Choirs, overseeing 50 choristers (aged 7 – 17) participating in a multi-tiered extra-curricular choral program. With Mercer University Opera, Kosowski serves as both music and stage director, and has served as conductor for Gilbert and Sullivan’s Iolanthe and The Gondoliers, Mozart’s Così fan tutte and The Magic Flute, Handel's Alcina, Rodgers and Hammerstein's Oklahoma! and Loesser's Guys and Dolls. He currently serves as the director of music at Riverside United Methodist Church, and served as the interim director of music at Mulberry Street United Methodist Church, both in Macon. Kosowski began his career as an elementary music specialist with Atlanta (GA) Public Schools, seeing on average 840 students per week. For six seasons he has been a member of the performing faculty of the Berkshire Choral Festival in Sheffield, Massachusetts and in Prague, Czech Republic. He has maintained private voice studios in Atlanta, Miami, and Houston.

In his performance of Orphée in Charpentier’s La Descente d’Orphée aux Enfers, ArtsHouston wrote: “Typical of the French Baroque, the haute contre is not falsetto but high tenor requiring complete vocal control. Richard Kosowski sang exceedingly well with a sweet and floated tone accompanied by an unusual ensemble of three viols. It is no wonder that Hell’s ombres beg him to sing to them again.”

Kosowski appeared with the Houston Ballet in their gala performance of Carmina burana at the Wortham Center. With the University of Houston Moores Opera Center, Kosowski has sung Corgliano’s Ghosts of Versailles (Begéarss), Rossini’s Il turco in Italia (Narciso), Eugene Onegin (Triquet), A Room with a View (Mr. Eager/Cecil), Chérubin (Duc), and A Midsummer’s Night Dream (Snout). Upcoming performances include the Lord Nelson Mass with Kennesaw State University and Beethoven’s Ninth Symphony with the Georgia Symphony Orchestra. As a chorister, Kosowski appeared with the Metropolitan Opera (NY) at Lincoln Center, Carnegie Hall, and in Tokyo, Japan. He performed regularly with the Opera Orchestra of New York at Carnegie Hall. While in Atlanta, he was a chorister with the Atlanta Opera. He was a fellow with the Choral Guild of Atlanta, and for one season he served as vocal pedagogue and assistant conductor.

Kosowski can be heard on P.D.Q. Bach's Oedipus Tex and Other Choral Calamities (Telarc) and A Christmas Potpourri with the Choral Guild of Atlanta (Newport Classics) and can be seen in the recently released DVD of A Room with a View (Burnside).