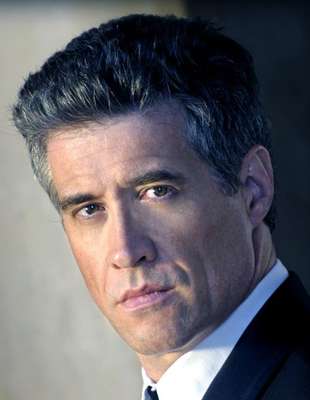 Music critics have described Steven B. Jepson as a “cavalier talent,” “strong-voiced with a zestful comedic delivery,” “a top-notch musician” and “a diamond mine.” A respected international artist with expansive credits in the Americas, Europe and Japan, he displays a wide range of emotion, vocal agility and acting style. Mr. Jepson’s operatic repertoire includes leading roles in Don Pasquale, Il Barbiere di Siviglia, The Merry Widow, Ariadne auf Naxos, Roméo et Juliette, La Bohème, Die Zauberflöte and Faust. He made his European debut as Carmen’s Escamillo, his signature role, with the Teatro Lirico Europa and has reprised the role with many companies in the United States. Following a performance of Don Pasquale, one critic wrote, “The show was nearly stolen by [his] Malatesta,” who “possessed great stage presence, well-enunciated singing, and expressively broad acting, perfectly suiting his role.” A refined acting ability coupled with his rich, versatile baritone has produced memorable portrayals in musical theater. He has played such diverse roles as Billy Bigelow in Carousel, Juan Peron in Evita, Ko-Ko in The Mikado, The Lord Chancellor in Iolanthe, The Pirate King in Pirates of Penzance and Sweeney in Sweeney Todd, where critics raved that Mr. Jepson’s voice “was made to sing Sondheim’s score” and acting-wise “has never been better.” He was nominated for Best Actor in a Musical by the Metrolina Theatre Association and Creative Loafing Magazine for his portrayal of Emile de Becque in CPCC’s South Pacific. In a highly successful of Man of La Mancha, Perry Tannenbaum of Creative Loafing said that his portrayal of Cervantes/Don Quixote was “better than any actor I’ve seen.”

Mr. Jepson’s concert experience is rich and varied, from Broadway pops and cabaret to sacred works and symphonies. He made his Carnegie Hall debut in Schubert’s Mass in G and also sang at Carnegie in Britten’s War Requiem under the baton of Robert Shaw. His concert repertoire includes Handel’s Messiah, the Brahms ein deutsches Requiem, Vaughan Williams’ Sea Symphony, the Verdi Requiem, and the U.S. premiere of the Dobrogosz My Rose – A Shakespeare Oratorio. In addition to performing before an audience of 8,000 at a “Carnivale” concert in Mazatlán, Mexico, he has entertained thousands as principal male singer through Jean Ann Ryan Productions aboard Norwegian Cruise Lines’ Norwegian Sky. Among his modeling and commercial work, he has been in numerous major studio motion pictures, and created the role of Admiral Slater in the independent award-winning Star Trek feature Prelude to Axanar.

The recipient of many vocal awards, Mr. Jepson was the first to be awarded the Baughman Artistry Award at the Kansas City Metropolitan Opera Competition. He was named the Best Overall Singer by unanimous vote at the 2007 Millie Lewis AMTC Competition, the outstanding male performer at the 1996 Friedrich Schorr Vocal Competition and is a past winner of the Concerto/Aria competition at the University of Missouri-Kansas City. Mr. Jepson has been on the faculty at many Midwest colleges and universities, and is now a member of the voice faculty at the University of Missouri-Columbia. Steven B. Jepson received his B.Mus. degree from the University of Iowa, his M.Mus. degree from Louisiana State University, and his DMA in Vocal Performance/Pedagogy and Opera Directing from the University of Iowa. He is preparing a CD which will include the complete recording of a rare song cycle by French composer Marcel Delannoy.