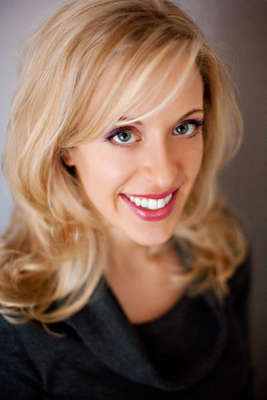 Dr. Hersey spent a year studying musicology at the Università di Bologna (University of Bologna) on a Rotary Fellowship. Her research on the folk songs of Siena’s Palio, funded by a Walter H. Judd grant and University of Minnesota thesis research grant, was presented at the Society for Ethnomusicology.

A noted expert on Scandinavian vocal literature and diction, Dr. Hersey was a Fulbright Scholar at the Kungliga Musikhögskolan (Royal College of Music) in Stockholm, where she collaborated with pianist Matti Hirvonen. The pair recently appeared as guest artists at the Lief Eriksson International Festival. Dr. Hersey also conducted research at Det Kongelige Danske Musikkonservatorium (Royal Danish Academy of Music) and Københavns Universitet (University of Copenhagen), thanks to a post-doctoral fellowship from the American Scandinavian Foundation. She has presented her research on Scandinavian repertoire and diction at the National Association of Teachers of Singing, the University of Copenhagen Center for Internationalisation and Parallel Language Use, the International Congress of Voice Teachers, and the Yale Conference on Baltic and Scandinavian Studies.

Dr. Hersey’s articles on Swedish and Danish diction and song repertoire were recently published in the Journal of Singing, VOICEPrints, and The Opera Journal. Her translations and transcriptions have been published by Plangere and by Carnegie Hall. Her first book, Scandinavian Art Song: A Guide to Swedish, Norwegian, and Danish Diction and Repertoire, is available from Rowman & Littlefield.

An active pedagogue, Dr. Hersey completed the Vocal Pedagogy Certificate at the University of Minnesota under the tutelage of Professor Clifton Ware. She is an active member of professional organizations in her discipline, acting as Program Chair for the Rio Grande Chapter of NATS, serving on the Artist Awards Steering Committee for NATS and on the Credentialing/Specialization Committee for the Pan-American Vocology Association, and presenting regularly at regional, national, and international conferences. She is a recent alumna of the NATS Intern Program, which pairs renowned teachers of voice with talented young professionals. Dr. Hersey was apprenticed to master teacher Karen Brunssen of Northwestern University.

Dr. Hersey has a keen interest in voice science and acoustic pedagogy. Her voice science research was given the “Best Paper Award” at the NATS national conference, and was also presented at the Physiology and Acoustics of Singing Conference (PAS5) in Stockholm. She attended the inaugural acoustics seminar at Lawrence University, led by Ken Bozeman and Christian Herbst, in the summer of 2015. Additionally, Dr. Hersey was awarded the 2015 Vocal Pedagogy Award from the NATS Foundation to support her attendance at Johan Sundberg’s voice science seminar at the Kungliga Tekniska Högskolan (Royal College of Technology) in August 2015. Additional funding was provided by an ENMU Research Grant and an SAI Professional Development Grant. Dr. Hersey holds master’s degrees in performance and musicology from the University of Minnesota, and pursued advanced studies at the Accademia Musicale Chigiana in Siena, Italy with acclaimed soprano Raina Kabaivanska. She earned a doctorate from the University of Miami, where she was a Smathers Fellow. Dr. Hersey has taught at Cleveland Institute of Music, Iowa State University, Barry University, Broward College, the University of Miami, and Eastern New Mexico University. She is Associate Professor of Voice at University of Wisconsin, Oshkosh, former editor-in-chief of VoicePRINTS, the peer-reviewed journal of the New York Singing Teachers Association, and Video Lecture Editor of the College Music Symposium.