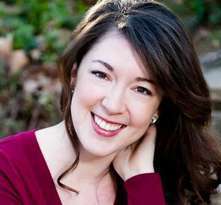 Title: Private Voice Studio
Bio: Soprano Allison Stanford is currently based in Austin, Texas. She earned her Master of Music degree in Opera Performance from Arizona State University (ASU) in 2008, and her Doctorate of Musical Arts in Vocal Performance from ASU in December 2015. She attended ASU on both academic and music scholarships, and studied voice with baritone Robert Barefield and soprano Carole Fitzpatrick. Allison earned her Bachelor of Music in Vocal Performance from the University of Mississippi, where she studied under mezzo-soprano Cynthia Linton. She has sung a variety of roles in opera, operetta, and musical theater, including Lauretta in Puccini's Gianni Schicchi, Cleopatra in Handel's Giulio Cesare, The Governess in Britten's The Turn of the Screw, Mabel in Gilbert & Sullivan's Pirates of Penzance, and Lucy in You're a Good Man, Charlie Brown!. Her professional debut was with the Phoenix Symphony, under the baton of Michael Christie, as the Sparrow in their production of the World War II opera Brundibár. Consequently, the Phoenix Symphony invited her to perform again as a soloist in both Mendelssohn’s Elijah and Ballet Arizona’s Midsummer Night’s Dream. She is a past winner of the National Opera Association Competition and was a national finalist in both the Macaroni Grill Opera Sing-Off and the Music Teachers National Association Young Artist Competition. She also sang the role of Flor in the world premiere of the opera EL COMPADRE by Nicolas Suarez Eyzaguirre with the Bolivian National Symphony in 2011, and reprised the role in La Paz in 2017. She is a Fulbright US Scholar (2018-2019) and is currently working on an anthology and a recording of Bolivian art song.
Voice Type: Soprano
Music Styles Taught: Pop; Opera; Jazz; Folk; Rock; Classical; Musical Theatre
Availability: I am available as a performer; I have a wait-list for private lessons; I am available as a clinician or presenter