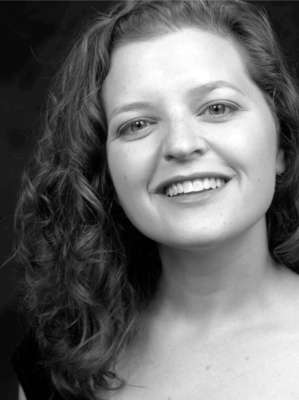 Soprano Alissa Rose, a Professor of Voice at Mansfield University, holds degrees in voice from the Oberlin Conservatory of Music, the Shepherd School of Music at Rice University, the Hochschule für Musik Detmold, and the University of Michigan School of Music, Theatre, and Dance, as well as a degree in Biochemistry from Oberlin College. Her operatic and concert engagements have taken her around the United States, Europe, and Israel, singing with organizations such as the American Composers Orchestra, the Manhattan Contemporary Chamber Ensemble, the State Theaters of Bielefeld, Osnabrück, and Münster, BachWorks, the Billings Symphony, Rimrock Opera, and the West German Radio Chorus. She has performed worldwide, under such conductors as James Levine, Robert Shaw, and Zubin Mehta, and has coached with Martin Katz and Dawn Upshaw, among others. Some of her favorite operatic roles have been Adele (Die Fledermaus), Susanna (Le Nozze di Figaro), Gretel (Hansel and Gretel), Adina (L'elisir d'amore), and Berenice in L'occasione fa il ladro (Rossini).

Dr. Rose is also acclaimed in the concert repertoire, where her appearances have included the world premieres of Kristin Kuster’s Myrrha and Richard Aulden Clark’s Early Frost, Handel’s Messiah and Israel in Egypt, Bach’s Christmas Oratorio, and the Haydn Kleine Orgelmesse and Creation. She particularly enjoys contemporary music, and has premiered several operatic roles, song cycles, and concert works. She is the Pennsylvania Governor of the National Association of Teachers of Singing (NATS), and participated in the prestigious NATS Intern Program. Dr. Rose joined the faculty of Mansfield University in the fall of 2008, where she teaches voice, diction, and vocal pedagogy. www.alissarose.net