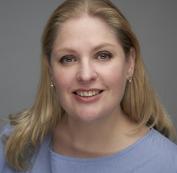 Title: Associate Professor of Music
Bio: Soprano Nicole Leupp Hanig is dedicated to the singing voice in all its forms but has expertise in the teaching of opera, music theater and jazz. She has appeared as a soloist with L'Atelier Lyrique concert series in Paris, Jussi Björling Festival in Sweden, the Maggio Musicale Festival in Italy and the Pacific Music Festival in Japan. She has performed a solo recital at St. Martin’s in the Field in London, Berg’s Sieben Frühe Lieder at Durham Cathedral in Durham, England and was a soloist in Opera Galas for Amnesty International at St. James’ Picadilly in London and for the Cairo Opera in Egypt which was recorded for Egyptian television. Opera roles include Die Feldmarschallin in Der Rosenkavalier. The Countess in Le Nozze di Figaro, Rosalinde in Die Fledermaus, Miss Jessel in The Turn of the Screw, and the role of Sian in development workshops of James McMillan’s opera The Sacrifice which was commissioned for Welsh National Opera. Dr. Hanig holds degrees from The University of Colorado, and The University of Illinois as well as a Post Graduate Diploma from The Royal Academy of Music in London where she was awarded the Diploma of the Royal Academy for distinction in performance. Prior to her appointment as Assistant Professor of music at the University of Portland, she served on the voice, music theater and opera faculty at Millikin University in Decatur, Illinois where she taught classical and music theater majors. In addition to heading the voice department at University of Portland, Dr. Hanig is an artist faculty member at Music in the Marche, an Italian opera training program in Mondvaio, Italy.
Voice Type: Soprano
Music Styles Taught: Opera; Jazz; Classical; Musical Theatre
Availability: I am available as a performer; I am currently accepting private students; I am available as a clinician or presenter; I accept students through a college or university program