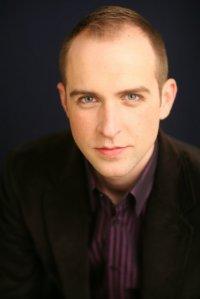 Andrew Ryker is the Director of Opera and Assistant Professor of Voice at Ohio University. He is the former Artistic Director of Boston Opera Collaborative and he has served on the directing staffs at New England Conservatory, Opera New Jersey and Des Moines Metro Opera. Ryker’s productions have been seen with the Yale Institute of Sacred Music, Intermezzo Chamber Opera, Eastern Nazarene College, Boston Opera Collaborative, Millikin University, MetroWest Opera, Drake University and New England Conservatory. Andrew was the 2006 recipient of the Goldovsky Directing Fellowship with the Harrower Opera Workshop in Atlanta and was a member of the Resident Artist Program at Opera North. Ryker has been featured in The Boston Globe, The EDGE and Classical Singer Magazine; his production of Benjamin Britten's Curlew River was named Boston's "Best Staged Opera of the Year" by the Boston Phoenix. Ryker has been heard with the Boston Pops, the Chicago Symphony Orchestra, La Musica Lirica, College Light Opera Company and the Des Moines Gay Men’s Chorus. He was baritone soloist for Trinity Church Boston's performances of Durufle's Requiem and Bach's Johannes Passion. Operatic roles include Papageno (The Magic Flute), Count Almaviva (Le Nozze di Figaro), Marco (Gianni Schicchi), Silvio (Pagliacci), Don Alfonso (Cosi fan tutte), John Brooke (Little Women), Strephon (Iolanthe), St. Brioche (The Merry Widow), Le Suritendent (Cendrillon) and Jenik in the US premiere of Dvorak's Kral a Uhlir. Andrew has sung in master classes with Pierre Vallet, Vinson Cole, Alan Held and Warren Jones and has been featured on the St. John's Concert Series as well as various gala performances throughout the Marché region of Italy. When he’s not directing opera, Andrew loves musical theatre and has a diverse background as a performer, director and educator. Recent highlights include the title role in Andrew Lippa's I am Harvey Milk, Leo Frank in Jason Robert Brown's Parade and a solo cabaret at Noce Jazz Club. He’s performed regionally in Titanic, The Scarlet Pimpernel, 42nd Street, Kismet, South Pacific, Brigadoon and On the 20th Century with Alice Ripley. Andrew has staged productions of Into the Woods, West Side Story, Candide, Side by Side by Sondheim and Songs for a New World. Music directing credits include Ragtime, The Wild Party, Jesus Christ Superstar, Spring Awakening, Fiorello, Lady Day at Emerson’s Bar and Grill, Rock of Ages and 25th Annual Putnam County Spelling Bee. Andrew’s 2015 production of South Pacific won Best Musical at the Cloris Leachman Excellence in Theatre Arts Awards. Andrew has been actively involved with Des Moines Metro Opera since 2010 where he has staged touring productions of The Elixir of Love, Cenerentola and The Barber of Seville as well as directing for their nationally recognized Apprentice Artist Program. Ryker previously taught at Drake University and New England Conservatory. He’s an active adjudicator and clinician who has judged for the National Opera Association and he continues to serve as an advisor for the Entrepreneurial Musicianship Program at New England Conservatory. Andrew is passionate about training excellent and versatile singers; his students have been accepted into many of the premiere graduate and young artist programs in the US including Sarasota Opera, Ash Lawn Opera and Sante Fe Opera. An active participant in the National Association of Teachers of Singing, Ryker has had almost 40 winners in regional and state NATS competitions as well as multiple award winners in the Metropolitan Opera National Council Auditions.

Ryker studied voice with Kathryn Hartgrove and William Cotten and is a graduate of Millikin University. He received his master's degree in Vocal Performance from New England Conservatory where he was a student of John Moriarty and graduated with Academic Honors.

Voice Type: Baritone
Music Styles Taught: Opera; Classical; Musical Theatre
Availability: I am available as a performer; I have a wait-list for private lessons; I am available as a clinician or presenter; I accept students through a college or university program