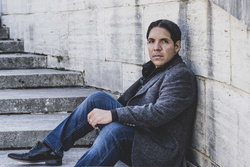 Dr. Muñoz currently serves as Chair of Voice of the Boston Conservatory at the Berklee College of Music, and a President-Elect of The National Opera Association. Dr. Muñoz is also a proud member of the NATS National Committee on Advocacy— an initiative geared to support inclusion and diversity in the fields of singing.

For his ongoing creative activities in education and performance, Dr. Muñoz has been recognized by the American Prize, the National Opera Association, the National Association of Teachers of Singing, Delaware Division of the Arts and the National Foundation for Advancement in the Arts. As a much sought-after educator, he enthusiastically works with a vast array of students- from young collegiate singers to celebrity clients performing in music theatre, opera, and other varied areas of contemporary and classical commercial music. Actively maintaining a busy teaching studio in New York City and Delaware, students of Dr. Muñoz have appeared in opera houses throughout America, in the Broadway and National companies of many shows including, A Chorus Line, Chicago, Gypsy, Oklahoma, On The Town, Thoroughly Modern Millie, Finding Neverland, Jesus Christ Superstar, and on major recording labels including SONY, RCA, Atlantic, and Time Life.

A graduate of the Cincinnati College-Conservatory of Music, Manhattan School of Music, and Stony Brook University. He is married to pianist Oksana Glouchko of Tel Aviv and they divide their time between Delaware and New York City. They consider their greatest accomplishments to be their three children, Giovanni, Marco, and Salomé. Visit: www.JessMunoz.com