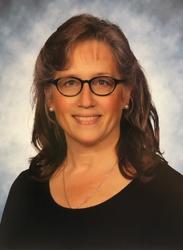 Carolyn R. T. Weber, mezzo-soprano, born in Wiesbaden, Germany, has lived most of her life in Central New York. She holds a Bachelor of Music Education in Vocal/General Music from Indiana University and a Master of Music in Vocal Performance from Syracuse University (SU). She began her career as a Vocal/General Music Teacher in 1983, at the Fayetteville-Manlius School District, then left public school teaching in 1995 to raise her 3 children. In 2005, Weber joined the voice faculty at the Syracuse University Setnor School of Music. During her time at SU, she was also asked to serve as interim director for the Syracuse Children's Chorus “Chorale,” their most advanced choir, to cover their leadership transition through 2010-2011, their 30th Anniversary year, preparing the Chorale to perform with the Syracuse Symphony Orchestra. After that experience, Mrs. Weber was inspired to reenter the public school arena in 2013, returning to her Vocal/General Music teacher role at the Fayetteville-Manlius School District, while continuing to teach voice at SU. After 15 years teaching at SU, Mrs. Weber retired from from her position on the voice faculty at Syracuse University's Setnor School of Music in June of 2020, and she continues to teach at the Fayetteville-Manlius School District.

As a mezzo-soprano, Mrs. Weber is comfortable performing in many genres including Oratorio, Opera, Musical Theatre, Jazz and Gospel. As a young singer, Carolyn performed with the Syracuse Opera Chorus and was a soloist with the Syracuse Symphony Pops Chorus. In musical theater, she performed principal roles with Salt City Playhouse including “Nellie Forbush" in Rodgers & Hammerstein’s South Pacific and "Sgt. Sarah Brown” in Loesser’s Guys & Dolls. As her performing career progressed, she performed principal roles with the Syracuse Opera Company including “Third Spirit” in Mozart’s The Magic Flute and the “Witch" in Sondheim’s Into the Woods, and also with Oswego Opera where she performed the role of "Flora" in Verdi’s La Traviata.

Most known to Central New York as an oratorio soloist, Mrs. Weber has performed works by Bach, Beethoven, Brahms, Duruflé, Dvořák, Fauré, Handel, Haydn, Kean, Mendelssohn, Mozart, Rutter and Vivaldi with a long list of orchestras, choruses and churches throughout the Central New York region. She also held both soloist & choral director positions at DeWitt Community Church for over 25 years. Mrs. Weber is a member of the National Association of Teachers of Singing (NATS) and the National Association for Music Educators (NAfME) and still maintains a private voice studio at her home in DeWitt, NY.