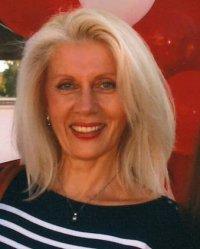 Title: voice professor
Bio: Dubravka Zubovic, a critically acclaimed mezzo-soprano has performed on numerous operatic and concert stages in Europe, Australia, and the U.S.A. As the principal mezzo-soprano of the Belgrade Opera for a number of years, Ms. Zubovic frequently performed the roles of Adalgisa, Charlotte, Carmen, Rosina, Amneris, and Azucena, among others. Born in Zagreb, Croatia, she received her BA and MA degrees from the Zagreb and Belgrade Music Academies, respectively. Upon the suggestion of Zinka Kunc-Milanov, her long time adviser, she continued her advanced training at Il Teatro alla Scala, Milan. A prizewinner of a number of competitions in Geneva, Oostende, Vienna, and Rio de Janeiro, she also received the prestigious “Il Barbiere di Siviglia” award in 1985 at the “F. Viñas” competition in Barcelona. Ms. Zubovic made her Carnegie Hall debut in the 1987 Wagner Gala and subsequently in a production of Andrea Chenier. Thereafter, she appeared as Amneris in Opera Pacific’s 1988 production of Aida. Since 1990, she appeared as Dalila and Carmen in numerous performances in Melbourne and Adelaide, Australia. She has frequently appeared in all of Yugoslavia’s opera houses and major symphony orchestras as well as many Yugoslavian music festivals and television programs. A versatile artist, she has also performed oratorios, Lieder, and folk songs. Ms. Zubovic has recorded three albums featuring Spanish selections by Granados, de Falla, and Lorca, works by Händel, Purcell, Gluck, Scarlatti, as well as selections by Yugoslavian composers. Since 1991 she has been living in Orange County, California. In a period between January of 2010 till 2014. she taught the applied voice and served as a diction coach at the Saddleback College Music Department. She has also thought Beginners and Advanced Voice at UC Irvine. D. Zubovic runs her very successful private voice studio in Laguna Hills, California (www.dubravkazubovicvoicestudio.com). Her students have been accepted at the prestigious Universities, Music Conservatories and have won at the international and national competitions. D. Zubovic frequently holds master classes internationally and at the US Universities. Dubravka Zubovic is a member of NATS (National Association of Teachers of Singing), USA and MTAC (Music Teachers’ Association of California). In 2012, D. Zubovic founded OCAVA/OC Ars Vocalis Academy for classical singers, which every year offers a three-week summer program for international singers in Rome/Italy (www.ocava.org)
Voice Type: Mezzo-soprano
Music Styles Taught: Pop; Opera; Classical; Musical Theatre
Availability: I am currently accepting private students