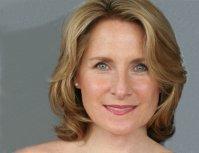 Bio: Jan Horvath's teaching is informed by the collective lessons learned from 30+ years of professional performance experience. For 14 years Jan has taught private voice to singers at all stages of their careers in New York City, and for the past 6 years has been an adjunct teacher at CAP21 teaching private voice and vocal technique classes to the NYU Tisch Drama students. Her students have gone on to perform On Broadway, Off Broadway, National Tours, Cruise Ships etc. \nJan is a veteran of five Broadway shows including the Original Broadway company of Hal Prince's "THE PHANTOM OF THE OPERA" in which she performed the roles of both Christine and Carlotta. Other Broadway credits include "THE THREEPENNY OPERA" starring Sting, and "SWEET CHARITY" directed by Bob Fosse. Jan also played Grizabella in the National Touring Company of "CATS". As a symphonic concert soloist singing Broadway and Pop repertoire, she has performed with over 130 orchestras around the world including the Chicago Symphony, Philadelphia Orchestra, Israel Philharmonic, National Symphony and Hong Kong Philharmonic. She has worked with many legendary conductors including Keith Lockhart, Marvin Hamlisch, Doc Severinsen, and Skitch Henderson. Jan made her Carnegie Hall debut singing in Bernstein's "MASS" in 2002 and also appeared there with The New York Pops in "THE 3 BROADWAY DIVAS" concert.  Other theatrical roles include Eva Peron in "EVITA", Aldonza in "MAN OF LA MANCHA", Nellie Forbush in "SOUTH PACIFIC", and Cathy in "THE LAST FIVE YEARS". During her theater and concert travels Jan has also given master classes, audition and performance workshops to multiple organizations around the country including the Universities of Colorado State, Penn State and U. of Alabama. Ms. Horvath studied vocal performance at the University of Illinois and received a BFA in Musical Theatre from The Cincinnati Conservatory of Music. She has studied voice in NYC with Joan Lader and Victoria Clark, and acting with Fred Kareman (Meisner Technique). Jan uses the wisdom gleaned from all of her many wonderful teachers and is proud to have joined in their profession!
Voice Type: Soprano
Music Styles Taught: Pop; Jazz; Folk; Rock; Classical; Musical Theatre
Availability: I am available as a performer; I am currently accepting private students; I am available as a clinician or presenter