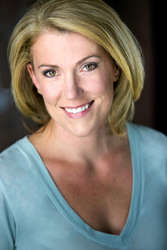 Christianne is an expert on the female belt voice. She received her B.F.A. in Musical Theatre from the CAP21 studio of New York University's Tisch School of the Arts. At NYU, Christianne was a Tisch Scholar and was selected as one of the top performers of her graduating class. Her Master's Degree and Doctorate is from Columbia University, where she focused her studies and research on musical theatre vocal pedagogy.

As a member of the Actors’ Equity Association, Christianne has performed at the Goodspeed Opera House, the Lucille Lortel Theatre, the York Theatre, and internationally as the principal singer for Norwegian Cruise Lines. She has soloed at Lincoln Center, Carnegie Hall, EuroDisney, Disneyland and has sung the American national anthem on television on The Roseanne Show, and for the Philadelphia Eagles. Christianne competed in the BBC’s international vocal competition, “Voice of Musical Theatre,” in Cardiff, Wales, and was a finalist of that competition.

As an educator, Christianne is the head of the musical theatre degree program at Florida Southern College. Prior to her time at FSC, she was in charge of the Pre-Professional Musical Theatre track at Emory & Henry College. She has served as the music director for Norwegian Cruise Lines and P&O Cruises. Christianne is an active presenter at the Virginia Theatre Association, the College Music Society, and the Southeastern Theatre Conference.

Voice Type: Mezzo-soprano
Music Styles Taught: Pop; Jazz; Musical Theatre
Availability: I am available as a performer; I have a wait-list for private lessons; I am available as a clinician or presenter; I accept students through a college or university program