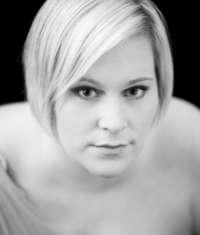 Title: Professor of Voice
Bio: Janet Brehm Ziegler, native of North Carolina, graduated with her BM and MM in Voice Performance from The University of Toledo. Currently, she is a completing her dissertation for the Doctorate of Musical Arts in Voice Performance and Pedagogy at The University of Iowa in Iowa City, IA. Upon graduation in May of 2018 she will be one of the leading experts in 20th and 21st century Contemporary Classical Vocal Music. Her research project entitled A Pedagogical Guide to training the voice in the use of extended and extreme vocal techniques used in American Twentieth and Twenty-First Century Classical Vocal Music took her to Austria for part of the spring semester of 2015, for hands on research at Die Universität Mozarteum in Salzburg and Berlin. Her recent appearances include Magda Sorel in Gian-Carlo Menotti’s The Consul, The Governess in Benjamin Britten’s Turn of the Screw and Lady Saphir in Gilbert and Sullivan’s Patience. Janet was recently a featured soprano in Vermont during the summer of 2015 with New Music on The Point; a conservatory style program that concentrates solely on the performing and developing of contemporary classical chamber music. Ms. Ziegler has recently joined the faculty at Adrian College in Adrian, MI where she teaches applied voice, and at Owens State Community College, where she teaches applied voice, Fundamentals of Music, and Aural Skills. Ms. Ziegler is also co-founder of PRIZMDuo, a professional voice and percussion duo whose goal is to commission new works by lesser known composers in order to add to the repertoire. PRIZMduo has performed nine world premier works by up and coming composers Zach Zubow, Justin Comer, Joseph Adams, Jason Palamara and Brian Penkrot. In October of 2016 PRIZMDuo will be in residence at The University of Toledo in Toledo, Ohio with their composers and several other world renown musicians.
Voice Type: Soprano
Music Styles Taught: World; Pop; Opera; Jazz; Folk; Gospel; Rock; Classical; Musical Theatre
Availability: I am available as a performer; I have a wait-list for private lessons; I am currently accepting private students; I am available as a clinician or presenter; I offer lessons in a group environment; I accept students through a college or university program