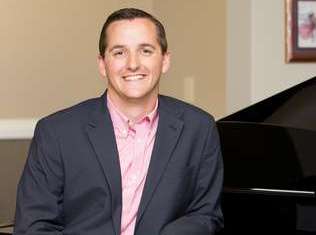 Title: Associate Director, National Center for Voice and Speech
Bio: Lynn Maxfield, tenor, holds a PhD in Voice Pedagogy and an MA in Voice Performance from the University of Iowa. In the summer of 2011, he worked as Post-Doctoral Research Fellow at the National Center for Voice and Speech. After a one-year Visiting Assistant Professorship at Eastern Connecticut State University, he is excited to re-join that staff at NCVS as a Teaching and Research Associate beginning in June 2012. In addition to teaching and researching, Lynn, is the primary instructor for the Vocal Studio as well as maintaining an active performance presence. His opera credits include Tamino and Monastotos in Mozart’s Die Zauberflöte, Sam Polk in Floyd’s Susannah, Orpheus in Offenbach’s Orpheus in the Underworld, and Guglielmo in Donizetti’s Viva La Mamma. A champion of new music, Maxfield recently appeared in an Eastern-Iowa tour of Eric Chasalow’s 2007 opera, The Puzzlemaster and participated in the premier of several new orchestrations of the 26 Italian Songs and Arias by Galesburg, IL composer Daniel Godsil. In 2011 he joined the chorus at the Lyric Opera of Chicago in their production of Wagner’s Lohengrin.
Voice Type: Tenor
Music Styles Taught: Pop; Opera; Jazz; Folk; Classical; Musical Theatre
Availability: I am available as a performer; I am currently accepting private students; I am available as a clinician or presenter