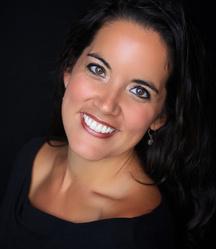 Sarah Wigley serves as Clinical Assistant Professor of Voice and Musical Theatre Coordinator for the Lyric Theatre department at the University of Champaign-Urbana, where she instructs Lyric Theatre Studio and Singing in Musical Theatre while maintaining a private voice studio and frequently stage directing both opera and musical theatre. Wigley holds an MM in Voice Performance from Colorado State University and a BM in Voice from the University of Minnesota. While residing in Minneapolis, Wigley performed professionally with regional companies such as the Guthrie Theatre, the Skylark Opera, the Mystery Cafe, the Minnesota Centennial Showboat, and the Minnesota Opera. Ms. Wigley’s Denver credits include roles such as Aldonza in Man of LaMancha, Emma in Jekyll and Hyde, Dolores in The Wild Party, and Miss Scarlett in Clue-The Musical. Sarah Wigley has served as faculty for the Musical Theatre department at the University of Northern Colorado as well as Parlando School for the Arts in Boulder, Colorado, and has had several students appear on Broadway and in national tours and regional theaters across the nation.

Voice Type: Soprano
Music Styles Taught: Pop; Opera; Jazz; Folk; Rock; Classical; Musical Theatre
Availability: I am available as a performer; I have a wait-list for private lessons; I accept students through a college or university program