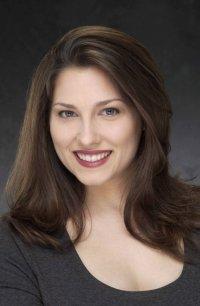 Nicole Lamm, soprano, received her Master of Music degree in Vocal Performance at Catholic University of America and her Bachelor of Arts degree in Music at Sweet Briar College. Over the years she has performed with companies and summer festivals such as Opera Roanoke, Maryland Opera Society, New York Opera Society, Bay Area Summer Opera Theatre Institute, Hawaii Performing Arts Festival, Summer Opera Theatre, La Fabbrica and others. Nicole has performed operas and recitals throughout the US as well as internationally including France, Italy, Canada, and Puerto Rico. Her operatic experience consists of full roles such as Pamina (Die Zauberflöte), Susanna (Le Nozze di Figaro), Zerlina (Don Giovanni), Adina (L’elisir d’amore), Mimì (La Bohème), Laurie (The Tender Land), Monica (The Medium), and Rosasharn (The Grapes of Wrath Suite) among others. As an active singer in the DC metropolitan area, Nicole enjoys singing concerts and recitals both as a soloist and as a member of 7 Sopranos®. In the fall of 2013, Nicole had her singing debut to a SOLD OUT audience at New York’s Carnegie Hall with 7 Sopranos® as part of the Distinguished Concerts International New York (DCINY) 2012-2013 Artists Series. She has also been featured with 7 Sopranos® in a segment of the Today Show on NBC New York.

Nicole also has extensive teaching experience and is an active member of the National Association of Teachers of Singing (NATS). She teaches both private voice lessons as well as group musical theatre classes including those at the Levine School of Music Summer Camp. Her private vocal studio consists of some very impressive singers of all ages and levels of experience. Nicole’s students have won principal roles in both community and school productions. Her students have also been accepted into competitive summer programs including the Crittenden Opera Workshop as well as college music programs at universities including the Hartt School of Music, Virginia Commonwealth University (VCU) and James Madison University (JMU). Nicole thoroughly enjoys teaching and sharing her knowledge of singing and performance practices with her students.