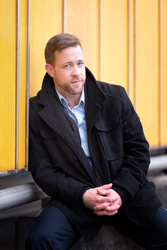 Title: Assistant Professor of Voice
Bio: Praised by the New York Times for his "beautifully shaped and carefully nuanced singing," tenor Derek Chester is steadily making a name for himself in the world of classical music. Mr. Chester received his Bachelor's degree in Vocal Performance from the University of Georgia where he studied with Gregory Broughton. As a student of renowned American tenor James Taylor, he completed his Master's Degree in Vocal Performance of Oratorio, Early Music, Song, and Chamber Music on full scholarship from the Yale School of Music and Institute of Sacred Music. As a Fulbright Scholar, he spent a year in Germany working as a freelance musician and furthering his training with acclaimed German tenor Christoph Prégardien. While maintaining an active performing career, Chester received his Doctorate in Musical Arts in Voice Performance and Opera Studies from the University of North Texas studying under Jennifer Lane and working as a doctoral teaching fellow with a dissertation on the early education and juvenilia vocal works of American composer Samuel Barber. Chester began his professional international career in Germany as a member of the Gächinger Kantorei and was heard as soloist in Bach Cantatas 22 and 23 with the Bach Collegium Stuttgart. He has also appeared as soloist at the 2006 and 2008 Oregon Bach Festivals under Helmuth Rilling, as Evangelist in Bach's St. John Passion during Bach Woche 2007 in Stuttgart and at the 2007 Toronto Bach Festival also under Maestro Rilling, and in Monteverdi's Vespers with Martin Pearlman and Boston Baroque. He is frequently featured as guest soloist with Jeffrey Thomas' American Bach Soloists and is featured as on ensemble singer and soloist on the rosters of Miami's professional chamber choir Seraphic Fire, directed by Patrick Quigley and Austin’s Conspirare, directed by Craig Hella Johnson. Mr. Chester's 2006 recording of Bach's St. John Passion (1725 version, ReZound) with Simon Carrington conducting the Yale Schola Cantorum has received many accolades including rave reviews from Early Music and Choir and Organ magazines. Recent concert appearances include Bach’s St. John Passion at Chicago’s Beethoven Festival under Matthias Pintscher; Beethoven’s Missa Solemnis at the Berkshire Choral Festival under Craig Hella Johnson; Britten’s War Requiem with the Korean Broadcasting System Symphony Orchestra, Mendelssohn's Symphony No.2 the "Lobgesang" with the Buffalo Philharmonic Orchestra and Chorus; Handel’s St. John Passion, Monteverdi's Book Seven Madrigals, and Purcell's Dido and Aeneas with the Dallas Bach Society; Howell’s Hymnus Paradisi with the Highland Park Chorale; Handel's Messiah at St. Thomas Fifth Avenue, the San Antonio Symphony Orchestra, and the South Dakota Chorale; Handel's Theodora with the Bach Collegium San Diego; Handel’s Acis and Galatea with Ars Lyrica, Houston; the Evangelist in Bach's St. Matthew Passion with the Handel Society of Dartmouth and the Richmond Symphony Orchestra; and all of the major works of Bach with American Bach Soloists in the San Francisco Bay Area. Mr. Chester is the 2009 recipient of Carmel Bach Festival's prestigious Adam's Fellowship, and has participated in professional training workshops at Carnegie Hall. Though his career in concentrated primarily in concert work, Derek Chester holds his doctoral degree in opera studies has excelled in opera and musical theatre roles spanning nearly five centuries of repertoire. His theater and opera credits include Nemorino in L'Elisir d'Amore, Peter Quint in Turn of the Screw, Oronte in Alcina, Simon Stimson in Our Town, Acis and Damon in Acis and Galatea, and Abel/Japheth in Children of Eden. Dr. Chester is Assistant Professor of Voice at the University of Northern Colorado. He is also on the faculty of the Lutheran Summer Music Festival and is a featured soloist at the Staunton Music Festival and the Colorado Bach Festival. He continues his worldwide career as a sought after interpreter of concert and recital repertoire.
Voice Type: Tenor
Music Styles Taught: Opera; Classical
Availability: I am available as a performer; I am currently accepting private students; I am available as a clinician or presenter; I accept students through a college or university program