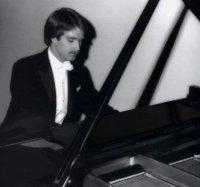 Monsignor Goudreau, Catholic Chaplain Arlington National Cemetery Old Post & Memorial Chapels "The Old Guard" Colonel & Garrison Commander "I invited Mr. McCully to be an On-Site Evaluator for the Opera-Musical Theater Program based on his familiarity with the grants process, having been a Fellow in the Program under my predecessor, Patrick Smith, who had left to become editor of OPERA NEWS. I found Mr. McCully to be reliable, insightful, and thorough in fulfilling this important task, which he agreed to do, as a service to the field." "Among his many accomplishments, I am personally impressed by his success in creating International Forums for Singers and Conductors; his ability to enlist the participation of such major figures as Placido Domingo and Dame Joan Sutherland; his commitment to American Works; and his support of young talent." Dr. Tomas C. Hernandez National Endowment for the Arts, director Opera-Musical Theater Program "Mr. McCully, an individual I have known through his participation and membership in the National Opera Association as a State Governor, as an active Convention Associate, and through his establishment of an opera scholarship for outstanding young singers through the National Opera Association's Vocal Competition. I have been impressed with his diligence and enthusiasm in all of these areas. I know that he has been industrious in his promotion of opera and his encouragement of young artists." Dr. Randall L. Holden, National Opera Association, President

Voice Type: Tenor
Music Styles Taught: Opera; Classical; Musical Theatre
Availability: I am currently accepting private students; I am available as a clinician or presenter; I accept students through a college or university program