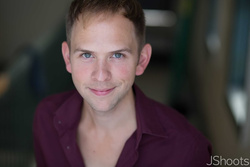 Dr. Peter Thoresen is an award-winning voice teacher, countertenor, and music director specializing in musical theater. His students appear regularly on Broadway, win Tony Awards, and sing on national tours and concert venues all over the world, and play recurring roles on hit TV shows. Currently, his students are making waves in Broadways’s Hamilton, Dear Evan Hansen, Caroline or Change, Mean Girls, Beetlejuice, School of Rock, Anastasia, Kinky Boots, and Brigadoon, to name a few, and rocking the airwaves in the reboot of Murphy Brown, Broad City, and the hit horror film Hereditary. He is a voice professor in the musical theater department at Pace University’s School of Performing Arts in NYC. In addition to his thriving private studio, Peter Thoresen Vocal Studios, he also serves on the voice faculties of Musical Theater College Auditions (MTCA) and Broadway Kids Auditions in NYC. He holds a doctorate from the Jacobs School of Music at Indiana University, where he also served as a member of the visiting faculty.

Recently Peter served as music director for the both the studio recordings and live performances of the Holiday Star Experience, and Cast Recording Experience with The Broadway Star Project in NYC, and appeared in their recently released music videos. Additionally, Peter’s students record with Broadway ,Columbia, and Ghostlight Record labels. He guides artists through audition and performance preparation through a constant focus on enhancing technique and artistry, along with cultivating a love of repertoire, language, and style. Each season he rejoins his students and fellow teaching artists in the Middle East and central and southeast Asia to teach and perform in a series of Broadway and classical academies with American Voices (AV), aimed at connecting and engaging our cultures through music. Recently, with AV, he served as music director for the YES Academy Broadway program in Indonesia, as well as AV’s Broadway program in Lebanon and Kazakhstan. Other AV highlights include multiple performances and teaching at the National Conservatory of Music in Turkmentisan, and a multi-city tour of Pakistan as music director and performer in the Broadway Bridges concert series. An active performer, Peter’s recent NYC operatic credits include the world premiere of Heartbreak Express (Lam), and a remount of Purcell’s The Fairy Queen, about which Broadwayworld.com reported that ‘Peter Thoresen’s singing of these parts is spellbinding.’ Select regional solo credits include the role of Julia Child in Lee Hoiby’s Bon Appétit with Pittsburgh New Music Ensemble, for which Peter’s portrayal of the iconic chef was listed in the Top Ten Classical Music Concerts in Pittsburgh. Select solo operatic and oratorio credits include the role of Tolomeo in Handel’s Giulio Cesare ( IU Opera Theater), and alto soloist in J.S. Bach’s Weinhnachts Oratorium and Handel’s Messiah with Handel Choir of Baltimore. Additionally, he toured as a member of the Philharmonia Baroque Chorale in San Francisco, where he was also named district winner in the Metropolitan Opera National Council Auditions.

His articles are published regularly in Classical Singer Magazine, and many other trade publications, ranging in topics from music education & arts entrepreneurship, to music theory strategies and music in the home as it relates to early childhood cognition. If you’re interested in joining the studio, click here and LET’S SING!

Voice Type: Countertenor
Music Styles Taught: World; Pop; Opera; Jazz; Folk; Gospel; Rock; Classical; Musical Theatre
Availability: I am available as a performer; I am currently accepting private students; I am available as a clinician or presenter; I offer lessons in a group environment