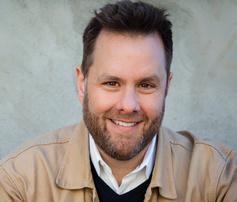 Daniel Neer enjoys a uniquely diverse career as a concert singer, stage performer, librettist, lyricist, and music educator. He studied music, theater and vocal pedagogy at The Ohio State University (B. Mus), the University of Michigan (S.M. Voice Perf.), and The Royal Academy of Music in London, England (L.R.A.M., AdvDip). He currently serves on the voice faculties of The Peabody Preparatory at Johns Hopkins University in Baltimore, Maryland, the Prep Division of Mannes School of Music at The New School in New York City, and the National Children's Chorus in their Washington D.C. Honors Program. He is also a frequent clinician and artist-in-residence in music and theater at Otterbein University as well as colleges and schools throughout the State of Ohio. Past teaching positions include the American Musical and Dramatic Academy, Berkshire Choral International, and Kenyon College.

Voice Type: Baritone
Music Styles Taught: Pop; Opera; Jazz; Folk; Rock; Classical; Musical Theatre
Availability: I am available as a performer; I am currently accepting private students; I am available as a clinician or presenter; I offer lessons in a group environment; I accept students through a college or university program