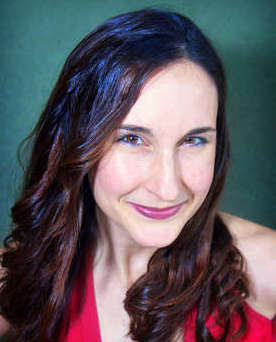 Title: Instructor of Voice
Bio: A recipient of a judges' citation for Inspiration in Teaching from The American Prize (2014), DANA ZENOBI joined the faculty at Butler University in 2018 after teaching for just over a decade at Southwestern University. She teaches a variety of courses including vocal diction, song literature, and vocal pedagogy. A versatile performer who embraces both traditional repertoire and new music, she appeared in the American Premiere of Philip Glass's Waiting for the Barbarians with Austin Lyric Opera, and performed with Lyric Opera Cleveland in the first production of Mark Adamo's Little Women directed by the composer. The Cleveland Plain Dealer praised her "dazzling coloratura" and "irresitible phrasing" as Mabel in The Pirates of Penzance, and she has garnered similar success in roles ranging from Mozart heroines Konstanze and Donna Elvira to Verdi's Violetta Valéry. Dr. Zenobi’s 2013 performance of Lili Boulanger’s song cycle Clairières dans le ciel with Chuck Dillard, pianist earned national recognition as a finalist for The American Prize in Art Song. She is also featured on Viola By Choice Chamber Music Ensemble's debut recording, Florilegium. Dr. Zenobi is active in the local community as the executive director of BELTÀ - Building Empowered Lives Through Art, a nonprofit organization. She holds a BA in Music from Duke University, and both MM in Opera and DMA in Voice Performance and Pedagogy from The University of Texas at Austin. Her research focuses on art song by women composers, aural modeling and acoustic analysis of the singing voice.
Voice Type: Soprano
Music Styles Taught: Opera; Classical; Musical Theatre
Availability: I am available as a performer; I am currently accepting private students; I am available as a clinician or presenter; I accept students through a college or university program