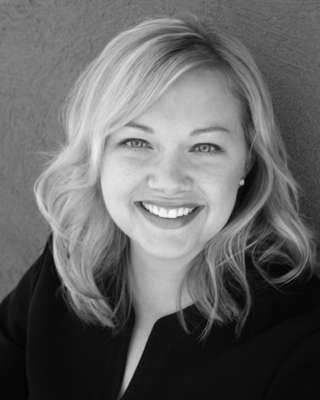 Soprano Melissa Heath enjoys a varied career of opera, concert and recital work. Hailed as a “soaring, sparkling soprano” with “vivacious stage presence”, past roles include Amy in Mark Adamo’s Little Women, Cunegonde in Bernstein’s Candide, La Ciesca in Gianni Schicchi, Marianne in Tartuffe, Gretel in Hansel and Gretel, and First Lady in The Magic Flute. Ms. Heath has also frequented the concert stage as the soprano soloist in Orff’s Carmina Burana, Mozart’s Requiem, Brahms’ German Requiem, Handel’s Messiah, Mendelssohn’s Psalm 42, Howells’ Hymnus Paradisi and in the Fauré and Rutter Requiems. Ms. Heath has been a state finalist and district winner in the Metropolitan Opera’s National Council Auditions. In 2012 and 2014, she was a regional finalist in the National Association of Teachers of Singing’s biennial art song competition.

In 2010, Ms. Heath was the soprano soloist in Ballet West’s production of Carmina Burana, John Rutter’s Mass of the Children with the Salt Lake Choral Artists and in Scarlatti’s Christmas Cantata with the Salt Lake Symphony. In 2011, Ms. Heath sang the title role in Monteverdi’s L’incoronazione di Poppea with the University of Utah’s Lyric Opera Ensemble, and Gilda in Verdi’s Rigoletto with La Musica Lirica in Novafeltria, Italy. She also performed Schubert’s Shepherd on the Rock with clarinetist Robert Walzel and pianist Jeffrey Price as part of the Sundays@7 concert series at the University of Utah. 2012 performances include Carmina Burana with the Alpine Masterworks festival, Villa-Lobos’ Bachianas Brasileiras with the University of Utah’s Performing Dance Company, the title role in Carlisle Floyd’s Susannah with the University of Utah’s Lyric Opera Ensemble, soprano soloist in Beethoven’s Symphony no. 9 with the Lyceum Philharmonic and Sterling Singers, and a solo performance with the Orchestra at Temple Square. In 2013, Ms. Heath’s performances included Mendelssohn’s Psalm no. 42 with the Alpine Masterworks festival, a solo performance with the Salt Lake Symphony, the role of Nanetta in Verdi’s Falstaff with the University of Utah’s Lyric Opera Ensemble, and her premiere performance with the Utah Symphony, under Maestro Thierry Fischer, in Nielsen’s Symphony no. 3. Performances in 2014 have included Micaëla in a concert version of Bizet’s Carmen with Concerts at the Presidio in San Francisco, Mendelssohn’s Elijah with the Utah Valley Symphony and Wasatch Chorale, Vaughan Williams’ Dona Nobis Pacem with the Temple Square Chorale and Orchestra, and Handel’s Messiah with the Mormon Tabernacle Choir and also with the Utah Symphony. 2015 performances included Mozart’s Requiem with the Temple Square Chorale and Orchestra, and Haydn’s Creation with the Salt Lake Symphony. In the spring of 2016 Ms. Heath joined Utah Lyric Opera’s production of Carmen in the role of Micaëla, and toured Utah with the Timpanogos Symphony Orchestra as the guest soprano soloist. Last fall she performed Schumann’s Frauenliebe und –leben with Salt Lake Sinfonia, and will join them again in May 2017 for Mozart’s Exsultate Jubilate. In April she will be the soprano soloist for Brahms’ Requiem with the Sterling Singers. Ms. Heath, whose singing has been described as “gorgeous, wonderfully expressive, lyrical and infused with feeling,” received her Bachelor’s degree in voice from Brigham Young University, where she studied with Drs Rebecca Wilberg and Lila Stuart-Bachelder, and sang for four years with BYU Singers. She holds an MM and a DMA in voice from the University of Utah, where she studied with Dr. Robert Breault. She is currently an Assistant Professor and the Voice Area Coordinator at Utah Valley University.

Voice Type: Soprano
Music Styles Taught: Opera; Classical; Musical Theatre
Availability: I am available as a performer; I have a wait-list for private lessons; I am available as a clinician or presenter; I accept students through a college or university program