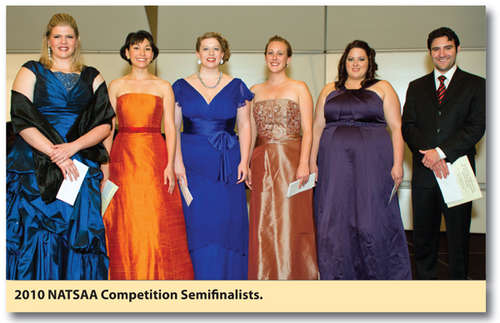 The NATS Artist Award Competition came to its conclusion on July 2, 2010 with the finals held at the Little America Hotel in Salt Lake City, UT in conjunction with the National Conference.  The semifinals were held on July 1, from 2:00-8:30 p.m. with 14 singers competing for the chance to sing in the finals. 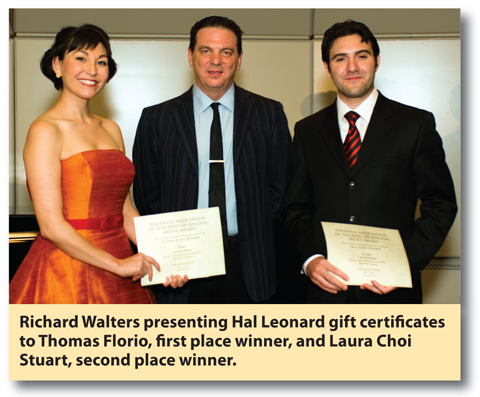 Each of the remaining semifinalists were awarded a named prize of $1000 and a scholarship to AIMS at Graz.