The purpose of this project is to provide a collection of transcriptions from the COVID-19 pandemic of 2020. This project seeks to give a platform to all parts of the vocal performing arts to better understand the lived experiences and mentality of those professionals. In collecting stories from the COVID-19 pandemic Jessica E. Jones, soprano, spoke about the difficulties of being in the midst of a performance when the pandemic hit. This event has had a drastic effect on the career trajectory of many emerging professionals and Ms. Jones’ story represents the difficulty that they have since experienced. 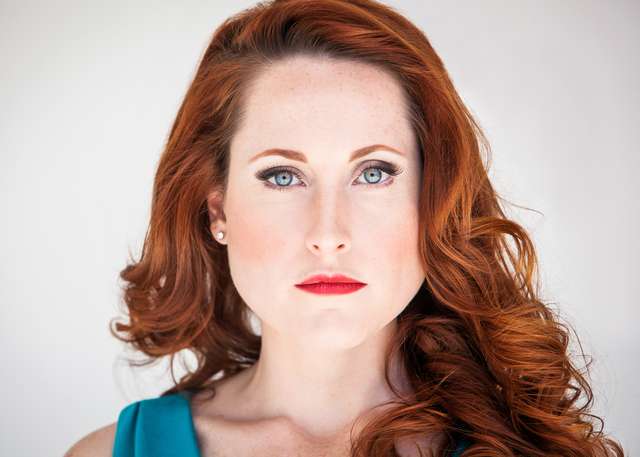 Grammy Award Winning soprano Jessica E. Jones is in demand on stages across the country. Critics have praised Ms. Jones calling her “astonishing” “thrilling” and “fabulous.” An artist who excels in multiple styles, her repertoire spans from early music to contemporary opera. A passionate champion of American opera, Ms. Jones recently performed with Santa Fe Opera as Chrisann Brennan in the world premiere of Mason Bates’s The (R)evolution of Steve Jobs (for which she won her Grammy) and was promptly invited back to sing the title role in the world premiere of Poul Ruder’s The Thirteenth Child.

Ms. Jones also excels in the standard operatic repertoire. Recent performances include Musetta in La bohème with both Opera Idaho and Charlottesville Opera, reprising the role of Gilda in Rigoletto at both Florida Grand Opera and Florentine Opera (COVID19) and role and company debuts singing Elle in La voix humaine and Lauretta in Gianni Schicchi at Virginia Opera. Also in demand as a concert artist, Ms. Jones recently joined the Idaho State Civic Symphony for their upcoming Tales from Opera and Literature as well as making recent debuts with Opera Southwest for their New Year’s Eve gala and Santa Fe Opera for their annual Holiday Concerts. In the summer of 2021, Ms. Jones will make her company and role debut as the soprano soloist in Mozart’s Requiem with Amarillo Symphony.

Ms. Jones has performed many other notable roles include Euridice in Orfeo ed Euridice, Musetta in La bohème, Josephine in H.M.S. Pinafore, Elvira in L'italiana in Algeri, Desdemona in Rossini’s Otello, Adina in L’elisir d’amore, Corinna in Il Viaggio a Riems, Pamina in Die Zauberflöte, Rosalinde in Die Fledermaus, The Governess in The Turn of the Screw, and Beatrice in Daniel Catán’s Il Postino, Lauretta in Gianni Schicchi, and Erste Dame in Die Zauberflöte.

A veteran of the competition circuit, Ms. Jones was a district winner, audience favorite and regional finalist of the Metropolitan National Council Auditions and was the recipient of the Donald Gramm Memorial Award at Santa Fe Opera.