A field of top young vocalists from across North America offered thrilling performances as they competed in the 47th National Association of Teachers of Singing (NATS) Artist Awards competition on Friday, January 7, 2022.

The event culminated with mezzo-soprano Claire McCahan from Boulder, CO, winning first place, earning more than $13,000 in cash and prizes. McCahan is a student of Abigail Nims and represents the NATS West Central Region.

"It feels surreal to have been awarded first place!" McCahan said. "There has been so much heaviness over the past two years, and with uncertainly still lingering, it felt wonderful and freeing to share the musical stories in those songs. Barbie and I both put a lot of time and effort into preparing for this, and it was thrilling to feel proud of our performance as well as receive acknowledgment. I am extremely grateful for this honor, and would like to thank my teachers, my family, and my community for their endless support." 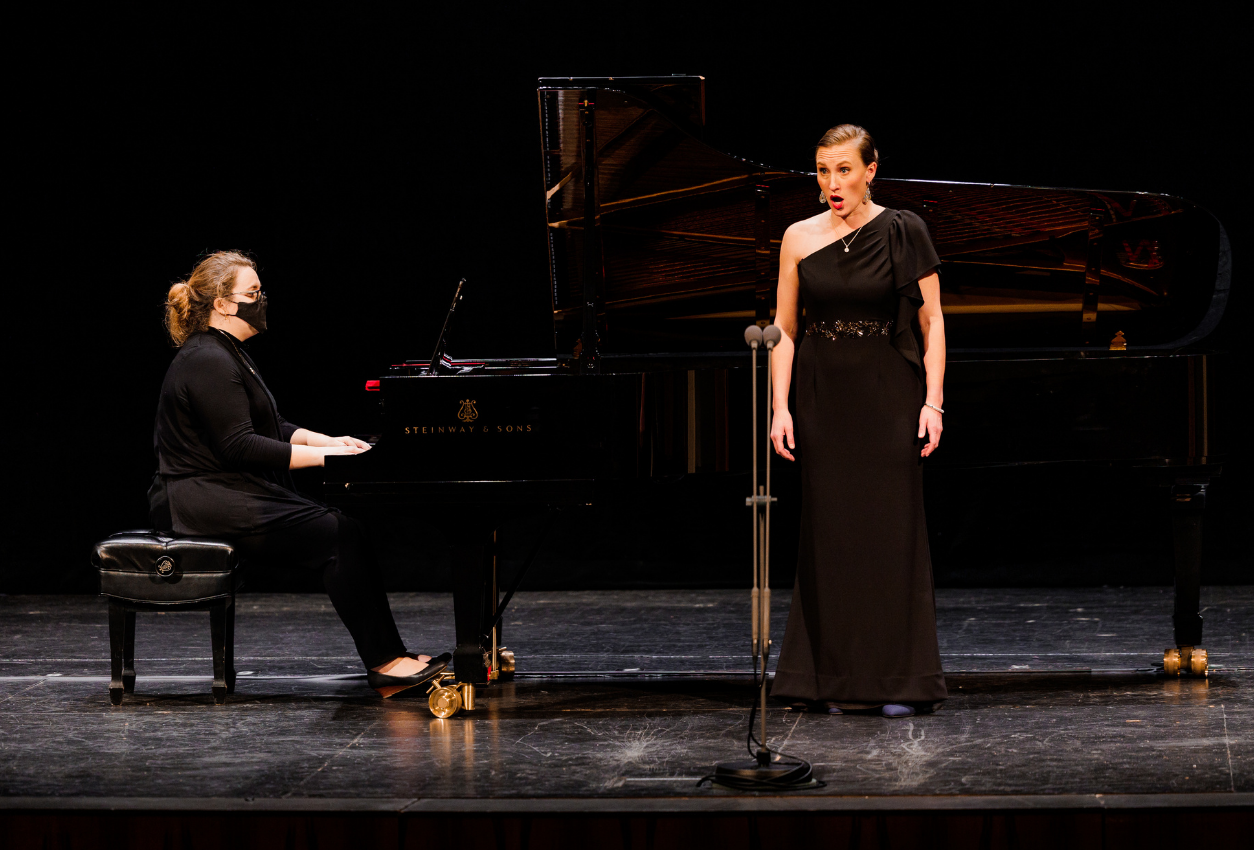 The 2022 NATS Artist Awards competition was held in conjunction with the NATS National Winter Workshop at the Neidorff-Karpati Hall at the Manhattan School of Music (New York). Thirteen singers, each from a different NATS region, competed in the semifinal round earlier in the day, six of whom advanced to perform in the evening final round. Soprano Laura Nielsen from London, Ontario, Canada, finished second. She studies with Torin Chiles and represented the NATS At-Large Region.

Nielsen won a $4,000 in cash plus a scholarship to attend AIMS in Graz and a $500 gift certificate from Hal Leonard Corporation.

The NATSAA competition takes place every other year. Generous monetary awards are sponsored by the Foundation Heritage Fund of the NATS endowment. Event sponsors include Distinguished Concerts International New York (DCINY), AIMS in Graz, the Hal Leonard Corporation, and the Manhattan School of Music. Thank you to our sponsors! 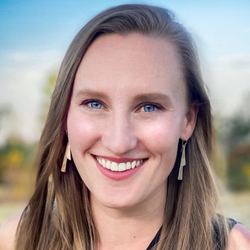 American mezzo-soprano Claire McCahan has been applauded for her rich tone and dedication to character and expression in operatic and concert performances. Her recent operatic credits include Orfeo in an adaptation of Gluck’s Orfeo ed Euridice (Renegade Opera), Cherubino in Mozart’s Le nozze di Figaro (Boulder Opera), Olga in Tchaikovsky’s Eugene Onegin, the title role in Handel’s Ariodante, Third Lady in Mozart’s Die Zauberflöte, Prince Orlofsky in Strauss’ Die Fledermaus (Eklund Opera), and Camille Claudel in a staged interpretation of Jake Heggie and Gene Scheer’s Camille Claudel: Into the Fire (Opera Steamboat).  She has appeared as a soloist with the Boulder Bach Festival, the Longmont Symphony Orchestra, Cantabile Ensemble, St. John’s Cathedral in Denver, and the Rocky Mountain Chorale.

McCahan was awarded first place in the 2020 inaugural World of Bach Competition, and is the winner of the 2020 Denver Lyric Opera Guild Competition. She received the 2019 Frances MacEachron Award from the Lyndon Woodside Oratorio Solo Competition in New York, and the 2018 Career Advancement Award from Opera of the Rockies.

An avid performer of contemporary works, she workshopped the role of Brittomara in Jake Heggie and Gene Scheer’s If I Were You with the CU New Opera Workshop and has premiered works with the Pendulum New Music series. She performed with Jónsi & Alex Summer’s at their Denver performance of the Riceboy Sleeps 10th anniversary album tour and contributed vocals to the soundtrack of Adam Sandler’s Uncut Gems. McCahan also worked in collaboration with NEST Studio for the Arts on an interdisciplinary fellowship combining music, visual art, and geology, and as teaching artist and composer with the Colorado Lullaby Project in conjunction with Carnegie Hall.