Composer Jeffrey Ryan has won first prize in the National Association of Teachers of Singing 2021 Art Song Composition Award for his work, “Everything Already Lost.” As first prize winner, Ryan will receive $2,000 and the work will be performed at the 57th NATS National Conference, which is slated for July 2022 in Chicago. Additionally, the Cincinnati Song Initiative also will program the work on a future concert as part of its Americana series.

Ryan’s “Everything Already Lost” is an art song cycle for baritone and piano featuring the poetry of Jan Zwicky. The cycle premiered November 19, 2020, in a virtual concert by Music on Main and recorded at Chan Centre, Vancouver, British Columbia, with Tyler Duncan, baritone and Erika Switzer, piano. The work is a four-song set.

“No matter how thrilled you may be to share this news, I am even more thrilled to receive it,” Ryan said. “This is fantastic. I am right now in the middle of a new cycle for tenor that will premiere online in April. So my musical brain is very much in art song mode at the moment. I love writing for singers, and have been particularly lucky in the last few years to have had several art song projects. ‘Everything Already Lost’ was a blessing to have on my plate last spring at the beginning of the pandemic shutdown — it gave me something to focus on during such a dark and seemingly hopeless time for all of us in the arts (not out of the woods yet, of course!). It was great that the presenter, Vancouver’s Music on Main, was able to pivot and film the performance for online [distribution]. I’m so proud of the piece, the poetry by Jan Zwicky is gorgeous, and the commissioning team (Tyler Duncan and Erika Switzer) are phenomenal. It is a massive honour that now the piece has been given this recognition by NATS. I also want to thank the SOCAN Foundation for financial support of the commission as well as a private donation from the estate of Steen Olaf Welding, in whose memory the piece is dedicated.”

NATS also awarded two second prizes: one to Erik Franklin for “Verses for Children” and one to Philip Wharton for “Ugly People.” Both will receive a $1,000 prize.

Franklin’s “Verses for Children” is a five-song set based on Amy Lowell’s texts of the same name.

“I am very proud to have been chosen, and I consider it a great honor,” Franklin said. “These are my very first art songs, and indeed my first professional compositions. Since all of these songs were composed in April 2020 or later, I haven’t heard them in public yet! The recordings on my SoundCloud, the same I sent to the NATS competition, were recorded by a lovely Baltimore-based soprano, Melissa Wimbish. Hearing Melissa sing Ms. Lowell’s words to my music — even virtually — was a powerful, emotionally moving experience!”

Wharton’s “Ugly People” is a six-song set featuring the poetry of Carl Sandburg. In previous years, Wharton was a finalist in 2016 with “Fools” and won second prize in 2006 for “The Prairie Sings.” He was honored to be part of the winners circle again for the 2021 awards.

“Outside validation is SO important — especially coming from such an organization like NATS,” Wharton said. “Also, receiving such kind emails of praise from well-established song-composers Julianna Hall and Lori Laitman was icing on a MARVELOUS cake. Ugly People is my third song cycle on Sandburg’s poetry and while searching for texts for The Prairie Sings, which celebrates beauty, I noticed he had poems exposing some of the ugliest aspects of humanity. These dark poems struck me again when I was selecting texts for my second cycle on his poems, Blooms Remembered (2011) — so much that I collected them together with the intent of creating a third Sandburg song cycle. I tried several times, but the poems were so dark that I could not gain momentum. Then 2020 happened…”

The cycle was premiered in recital by Megan Esther Grey, mezzo-soprano, and Matthew Gemmill, piano.

The prizes ($2,000 First Prize and a $1,000 Second Prize) are generously sponsored by American composer Lori Laitman and also include a two-year paid NATS membership. The additional second prize due to a tie was sponsored by Carol Mikkelsen. The competition is open to any composer, professional or student, whose submitted work meets the prescribed requirements.

“The goal of the NATS Art Song Composition Award program is to stimulate the creation of fine classical songs in English, greatly enriching the repertoire of singers and teachers of singing,” Mikkelsen explained. “It is best accomplished when composers and singers are joined in this effort. NATS is the primary organization that provides the arena supporting this endeavor.” 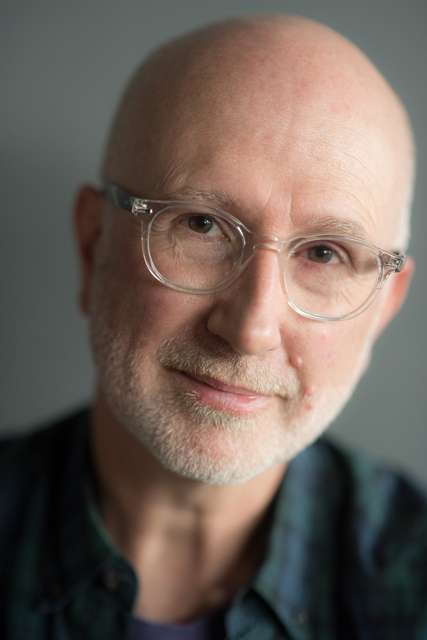 Jeffrey Ryan grew up training his ear with Petula Clark, The Partridge Family and Captain and Tennille, playing saxophone and flute in high school bands, singing in two choirs, and writing his own songs for voice class. Now, as a freelance composer based in Vancouver, Canada, he finds inspiration in the world around him and creates music that runs the gamut from orchestral and chamber works to opera, art song, and choral music.

Praised for his “strong personal voice” (Globe and Mail) and recipient of SOCAN’s Jan V. Matejcek New Classical Music Award, Ryan’s music engages audiences in concerts and broadcasts around the world. Major recent projects include Miss Carr in Seven Scenes for mezzo and piano, and Scar Tissue, a collaboration with poet Michael Redhill for vocal sextet and piano trio.

Jeffrey Ryan is Composer Advisor for Music Toronto, and was the Vancouver Symphony’s Composer-in-Residence (2002-2007) and Composer Laureate (2008/09). He holds degrees from Wilfrid Laurier University, the University of Toronto, and The Cleveland Institute of Music. Read more at jeffreyryan.com 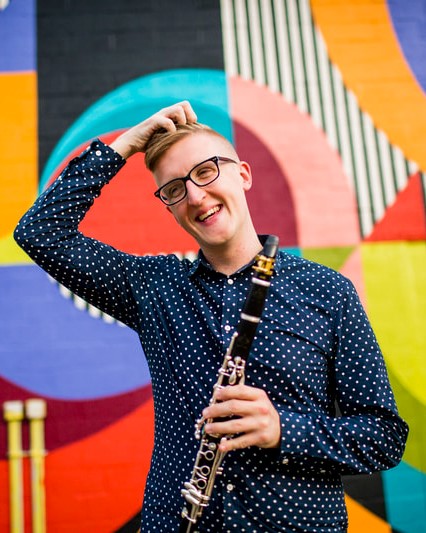 Composer and clarinetist Erik Franklin has given concerts in nearly all 50 states and throughout Europe, performing for audiences large and small in venues from veterans’ homes to Carnegie Hall. A consummate performer with a penchant for lyricism, his expressive playing earned him a coveted position in the U.S. Army Field Band of Washington, D.C. His chamber music playing has garnered acclaim as a founding member of the award-winning Novacane Quartet and the Ann Street Trio.

Franklin’s affinity for lyricism also finds its way into his works as a composer. An unabashed advocate of tonal music, Franklin’s skill for crafting melodies is evident in his art songs, choral music, and instrumental chamber music.

An avid educator, Franklin is an adjunct professor of clarinet at Towson University in Baltimore, Maryland. Every summer, he directs the Indiana Clarinet Experience, a weeklong arts camp he founded for young clarinetists focused on chamber music and music appreciation.

Franklin holds a bachelor’s degree in clarinet from Furman University and a master’s degree from the renowned Indiana University Jacobs School of Music. He is a South Carolina native and currently lives in Baltimore with his husband. He is happily involved in his vibrant local arts community, where he enjoys hosting concerts in his home, drinking coffee, reading books, and nursing his ice cream addiction. More at erikfranklin.net 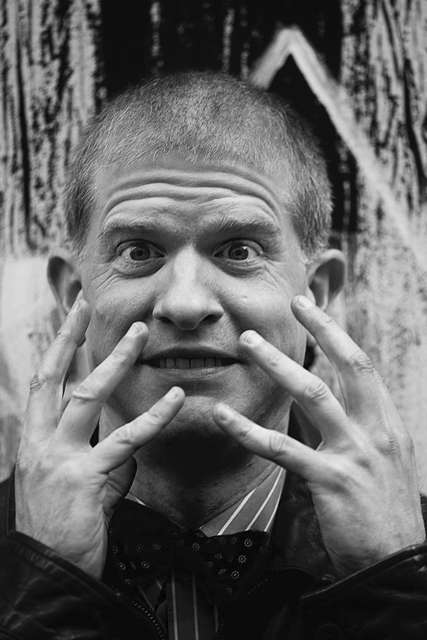 Few artists enjoy such high praise for both of their disciplines as composer/violinist Philip Wharton. Of his playing, The New York Times proclaimed, “a rousing performance!” and The Waterloo Courier wrote, “a golden tone with breathtaking execution.” His compositions, heralded from coast to coast, are described by the New York Concert Review as, “…decidedly contemporary…both engaging and accessible.” Writing from symphony to song, past seasons saw the Santa Fe Opera’s remounting of Two Saintes Caught in the Same Act as part of their apprentice scenes program, the Grammy-nominated Borealis Wind Quintet perform his Quintet on their concert tours, his chamber symphony, Passing Season performed by regional orchestras, premiere of his Symphony, his tribute to Shakespeare’s 450th birthday, a song cycle entitled Fools, and concerts with Grammy-nominated soprano, Caroline Worra. Other projects include collaborations with author Janet Burroway and illustrator John Vernon Lord to create musical settings of their books for children: The Giant Jam Sandwich, The Truck on the Track, and a vocal-monodrama, The Perfect Pig. Recent recordings include Albany Records’ release of his Flute Sonata—performed by flutist, Katherine Fink, and pianist Rose Grace, Crescent Phase Records’ release of his Woodwind Quintet—performed by the Madera Woodwind Quintet, and Kenneth Thompkins’ (principal Detroit Symphony Orchestra) recording of his Alto-Trombone Sonata. Expect to see the release of a CD by Elizabeth Sombart with the Royal Philharmonic Orchestra in the coming year. More at philipwharton.com