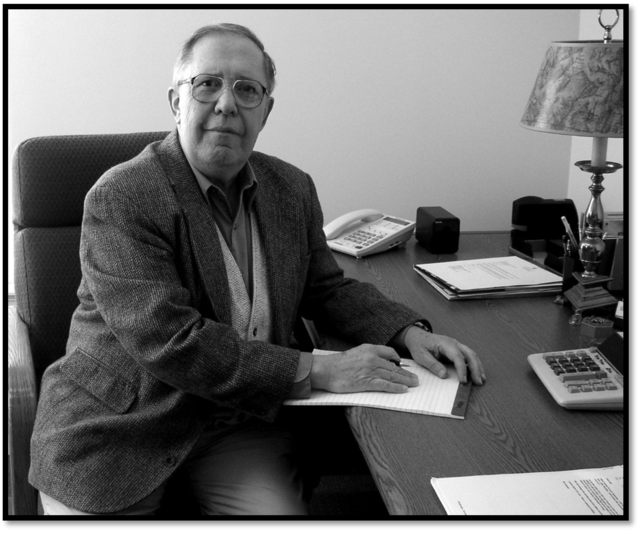 Vessels sits at his desk in December 2005 before his retirement

Vessels not only served as NATS executive director for 15 years but also had an active teaching career for many years at Jacksonville University (JU). What started as a part-time leadership position with the National Association of Teachers of Singing grew into a role as the full-time executive director after he retired from teaching in May 2002.

Vessels was born in Gadsden, Alabama, and he went on to attend Samford University near Birmingham, Alabama. Later, he earned his doctorate in music from Indiana University. He served in the U.S. Army before he began his teaching career.

Leading the way
Vessels was instrumental in moving the NATS executive office headquarters to Jacksonville, where initially it was housed on the JU campus before transitioning to its current office space. As one of Vessel’s first students at JU and a NATS member, Carole Clifford saw firsthand how he helped steer the ship during those uncertain times.

“I believe Bill literally ‘saved’ NATS back in the day when he rescued the organization,” Clifford said. “He facilitated planning for the purchase of the current NATS office so that it continued to thrive and grow.”

NATS Past President Linda Snyder (2016-2018) agrees that Vessels provided steady and wise guidance while he was in charge. Snyder got to know him when she took on the role of Great Lakes Regional Governor in the late ʼ90s.

“I respected him so much, especially for his deep commitment, his positive encouragement and advice, and his excellent servant leadership during times of great change and important transitions in NATS,” Snyder said. “Bill Vessels will be missed, but I feel very fortunate that our paths crossed in this life.”

“I fondly remember Bill Vessels with gratitude for his selfless, faithful service to NATS in the 12 years I was on the Board prior to his retirement,” Randall recalled. “He never sought the spotlight, but was always ready to help you when you needed it. Once, when I was VP for Membership, in the days when a committee screened all applicants, we agonized over refusing an applicant, a rare occurrence. Bill simply said, ‘The tribe has spoken,’ and that allayed all my concern. We are all in his debt.” 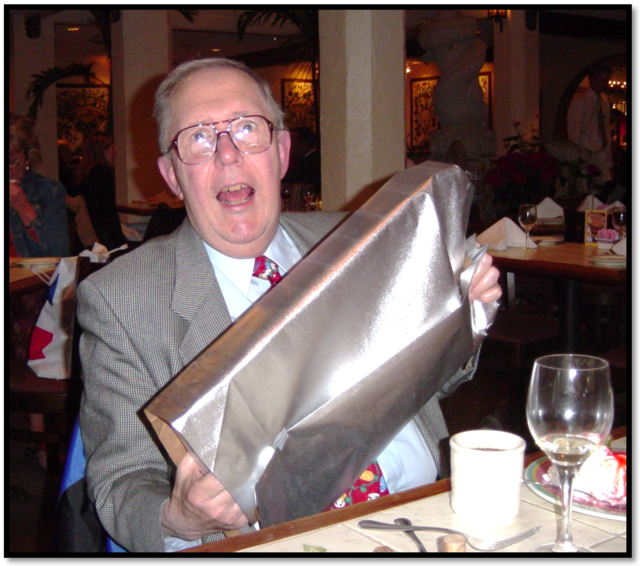 Vessels was keen on assembling a solid executive office staff. In 1997, one such hire was Deborah Guess as administrative assistant. Now, more than two decades later, Guess is the Director of Operations for NATS.

“Dr. William Vessels hired me to take over the management of the NATS Executive Office and to be his administrative assistant,” Guess explained. “This was when we only had three staff members in the office: Dr. Vessels, me, and the Membership Secretary. He was a great mentor, teacher, and guide as I learned about all the different aspects and working parts of NATS, as well as working with the Board of Directors. Dr. Vessels always told me that the most important job I had at NATS was to facilitate the work of the Board, be aware of our fiduciary responsibilities to the organization, and give great service to our members. He was dedicated to and believed in the importance of the work we do here.”

Before assuming the role as the current executive director, Allen Henderson also had the privilege to interact and learn from Vessels.

“I began working with Bill closely when I served on the board as a regional governor late in his tenure,” Henderson said. “At the time, I did not know that I, like Bill, would be pressed into service as interim executive director just several years after he retired.

“Bill was always a calming presence. One of my favorite pronouncements we would hear from Bill after a long discussion, and one that also was recalled by Past President Martha Randall was, ‘the tribe has spoken.’ And this was long before it was a popular phrase on television. Ever practical, it was his subtle way of saying, ‘let’s move on.’ Many times early in his retirement before illness diminished his mental capacity, I would call Bill for advice about a NATS matter, and he would generously share his expertise. Always regaling me with a story or two about NATS history and offer a supportive ear.

“A scholar. A gentleman. A person of faith. A wise leader. A dedicated husband and father. A substitute father to legions of students and colleagues. A generous colleague. A principled, moral presence in difficult times. The tribe has spoken, Bill, with these and many other worthy descriptors that celebrate your presence in our personal and professional lives. Rest well.”

Memories of his teaching
Vessels was able to approach his role as executive director of NATS from the perspective of the members since he was a voice teacher first. Like many in the profession, he left an indelible impression on those he taught and mentored throughout his tenure.

“He was a major mentor for me and encouraged me to pursue the career I was so blessed to have,” Clifford, one of his first students, explains. “Ironically, Roy Delp, another NATS leader, was my teacher for my doctorate and literally pushed me onto the European stages, which was the beginning of my journey. I remember one NATS regional event when I went downstairs for breakfast at the hotel where I found Bill, Roy and Gene Talley-Schmidt (my master’s teacher) seated together. When I walked in, Bill said, ‘Guess who we are discussing?’ Sure scared me to death!” 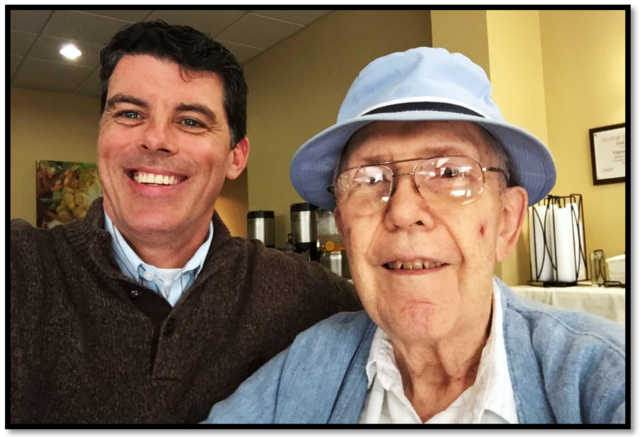 “My friend, mentor, and teacher Dr. Bill Vessels went home to be with Jesus on Monday, January 4,” Webber wrote in Facebook post. “For those who knew Dr. Vessels, you remember what a kind, witty, and gentle man he was. Bill taught at JU and participated and led worship at many churches in Jacksonville over the years.”

A celebration of life and legacy
With the pandemic still preventing large gatherings and Vessel’s wife, Shirley, unable to receive guests or leave the nursing home, a virtual memorial service is planned instead of a traditional service.

The online service will be held at 3 p.m. ET on Friday, January 15 via the Southside Baptist Church Facebook page to allow many of Vessel’s family, former students and fellow teachers to attend.

Details about the service and replay can found here.

To read Bill Vessel’s full obituary or leave a message for the family, visit here

NATS has a set up the William Vessels Memorial Fund. To make a gift in his honor, click here.