Congratulations to three newly elected NATS regional governors! Mark Kano (Mid-South Region), Jill Terhaar Lewis (Mid-Atlantic Region), and Mario Martinez (Eastern Region) have each begun a two-year term as of July 1. We look forward to their continued contributions to the work of NATS in each of these regions. We extend our sincere gratitude to preceding governors Barbara Ann Peters (Mid-Atlantic), Lori McCann (Eastern), and in memoriam to Angela Holder (Mid-South), honored last month during the NATS Annual Board of Directors Meeting last month. 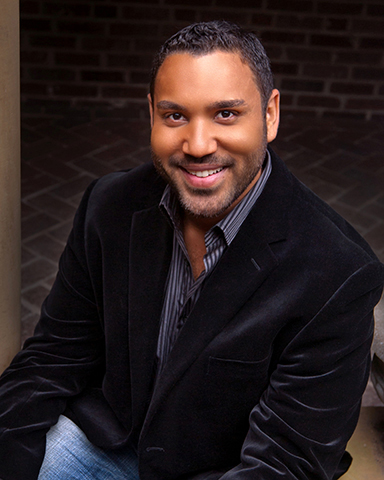 Mark Kano is Assistant Professor of Music, Vocal Music Area Coordinator, and Director of Chapel Music at Bellarmine University in Louisville, KY where he teaches Applied Voice, Vocal Pedagogy, Diction for Singers, Vocal Literature, Opera History, and directs the Men’s Choir and Lyric Theatre Workshop. He received a Bachelor of Music degree in Vocal Performance from Middle Tennessee State University and both the Master of Music and Doctor of Musical Arts degrees in Vocal Performance from the University of Kentucky.

Mark made his international debut singing the role of Eisenstein in Die Fledermaus in Rome, Italy. Roles in his repertoire include Tamino in Die Zauberflöte, Alfred in Die Fledermaus, Nanki Poo in The Mikado, Kaspar in Amahl & the Night Visitors, and the Witch in Hansel & Gretel. Additionally, he has sung many comprimario roles, including Gastone in La Traviata, Monostatos in Die Zauberflöte, the Emperor in Turandot, Borsa in Rigoletto, Ruiz in Il Trovatore, Remendado in Carmen, as well as roles in Porgy & Bess, La Bohème, and Samson et Dalila. Kano has been the tenor soloist in Mozart’s Requiem, Saint-Saëns’ Christmas Oratorio, Handel’s Messiah, Dubois’ The Seven Last Words of Christ, Beethoven’s Choral Fantasy, and other masses and oratorios. He has performed with the American Spiritual Ensemble, as well as the National Chorale, and is a frequent recitalist.

A dedicated voice teacher, Dr. Kano’s students have been winners in various vocal competitions, participated in summer music festivals in the states and abroad, and have gone on to pursue music studies at University of Michigan, Indiana University, Cincinnati College Conservatory of Music, The Julliard School, and many others. Dr. Kano is an active masterclass clinician and adjudicator and has served as Visiting Instructor of Voice at the University of Kentucky, as well as on the voice faculties of Centre College, Transylvania University, Kentucky Center Governor’s School for the Arts, and Operafestival di Roma. He serves as Director of Music at St. Marks United Church of Christ in New Albany, IN. 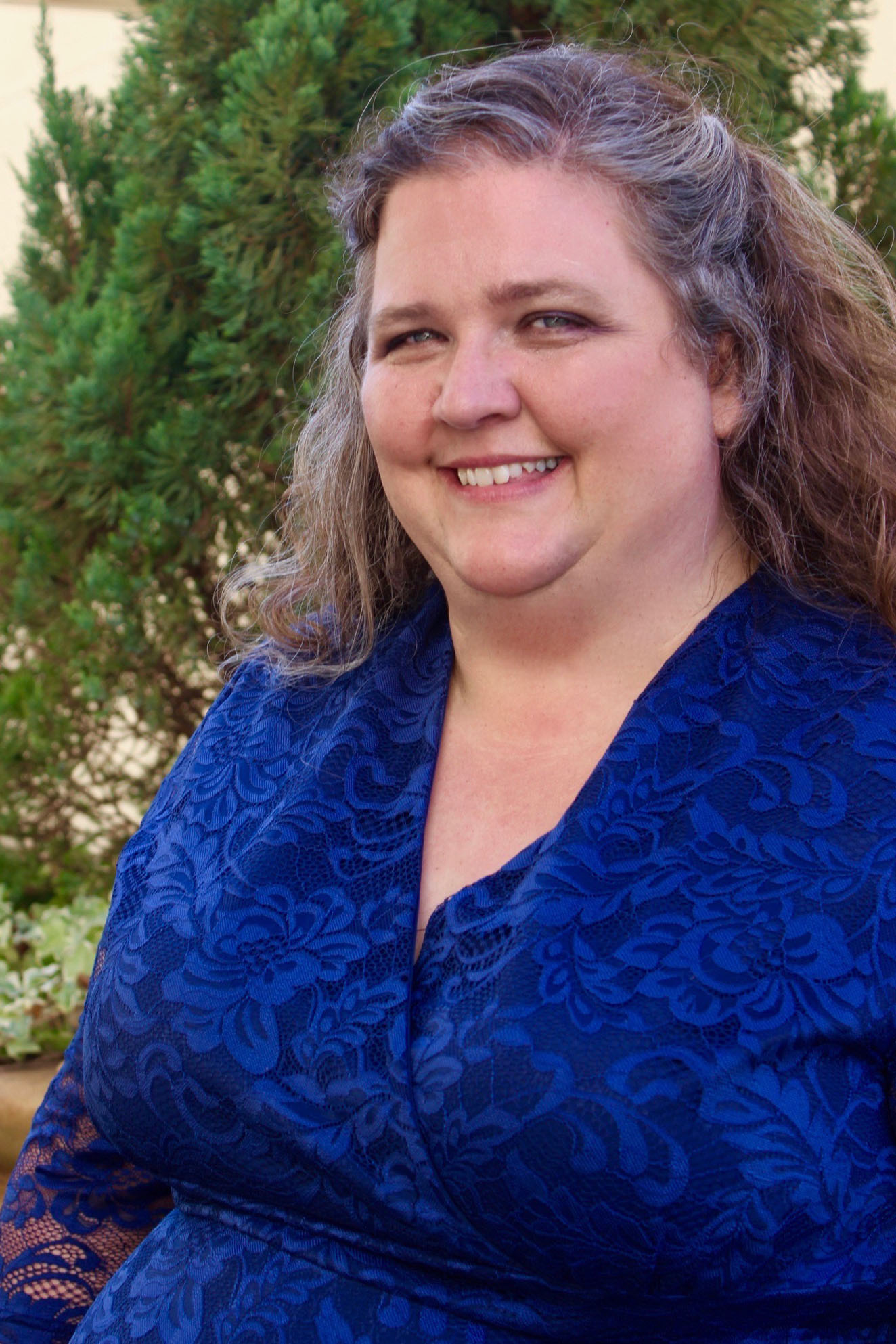 Known for her beautiful timbre and musical versatility, Jill Terhaar Lewis is in demand as a full-lyric soprano. She has performed as a soloist with esteemed classical ensembles such as the Charleston Symphony Orchestra (CSO), the Piccolo Spoleto Festival Orchestra, and the Hilton Head Choral Society. In addition to her work as a classical soloist, she also has extensive experience with modern and contemporary styles. She has performed with the Charleston Jazz Orchestra and was a featured soloist along with members of the Jazz Artists of Charleston in the Hi-Harmony concert at the Charleston Music Hall. She has been a recitalist on various prestigious concert series including several spotlight performances with the Piccolo Spoleto Festival, the Baker and Baker Recital Series, the CSO Magnetic South Series, and the Women & Concert Series. She is a frequent soloist and collaborator with the Charleston Southern Concert Singers and has traveled extensively with them performing throughout Europe as well as in New York City and the surrounding areas.

Jill regularly performs recitals and has a penchant for Late-Romantic music and American art song, and has extensive experience with opera and premiering new music. Jill is married to jazz musician and saxophonist Robert Lewis. Together they collaborate with jazz pianist Gerald Gregory as The In-Between, an ensemble performing new compositions and arrangements by the group that lie both in and in-between classical and jazz genres. They have performed in the South, toured the Pacific Northwest, and made their international debut in Denmark. They have also recorded and released several albums.

Dr. Lewis is a tenured Professor of Vocal Music and an Associate Chair of Music at Charleston Southern University. She earned her DMA in Vocal Performance with a cognate in music history from the University of South Carolina. She also has degrees from Western Michigan University (MM performance, music history cognate) and the University of Idaho (BMusEd, choral). She coordinates the vocal curriculum, teaches voice lessons and other classes and is also the music history teacher. She is a founder of Contemporary Collaborations, along with composers Trevor Weston and later Yiorgos Vassilandonakis, a new music project where student composers team up with student singers and poets to create new works for chamber ensembles resulting in dozens of new compositions and performances. Dr. Lewis and Dr. Vassilandonakis have presented on this project at an SC NATS Fall Workshop and again at the NATS National Conference in Chicago.

In her community, Dr. Lewis has volunteered her time and services to various organizations. She is co-artistic director of the St. John the Beloved Concert Series in Summerville. She has served as co-chair for the Charleston Jazz Festival, has been vocal consultant for the Charleston Jazz Orchestra, and has worked as a clinician and presenter for Charleston Jazz. Dr. Lewis is a co-founder of the Empathy Project with Dr. Jennifer Whipple, MT-BC and Maurice Burgess. This is a project to foster the development of empathy in young teens through interactive experiences with performing and visual artists in the community.

A member of NATS since 2001, Dr. Lewis has long been of service to her chapter, region, and nationally. She has served as Secretary and Vice President/Auditions Coordinator for her chapter, overseeing two days of nearly 500 student auditions. While Vice President, she also got SCNATS onto social media. She has also served as President and is the current District Governor. As DG, she has formed a membership committee, implemented a mentor program for new members, and planned and executed a series of Outreach Workshops. The Outreach Workshops bring SCNATS members to underserved areas of the state to provide workshops and master classes for our current members as well as for the community at large. The workshops are offered free through the NATS Discretionary Grant and chapter funding and have proved to be a great way to connect current members and recruit new members while serving the community.

She has been the recording secretary for the region and regularly serves in the tally room. She has also been appointed to two national NATS committees: the NATS Education Commission and the NATS Advocacy Committee, where she also serves as the recording secretary. Also through NATS, Dr. Lewis has had great success with her voice students. Since it became a national competition, Dr. Lewis has had several students advance to the semi-final rounds of the NATS National Student Auditions. Dr. Lewis believes in the NATS organization and is excited for the opportunity to serve the Mid-Atlantic Region. 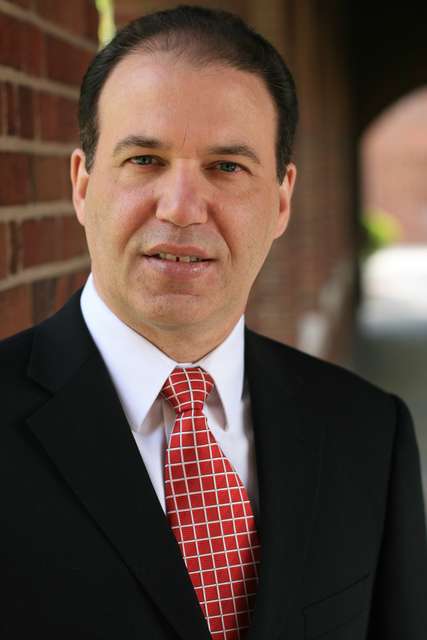 In 2015 his performances of the role Silvio in the opera I Pagliacci were successfully received and warranted him a nomination as Best Classical Singer for the Soberano Awards in the Dominican Republic. In the summer of 2016, Martínez was named Honorary Member of the National Company of Classical Singers, for his “brilliant career as classical singer and permanent exaltation of Dominican values.” Martínez is also an Honorary Member of the National Spanish Honor Society, Sigma Delta Pí, and the National Music Honor Society Pi Kappa Lambda.

In April of 2018, Martínez was selected as the inaugural recipient of the Teaching Excellence Awards at Nazareth College, the highest academic recognition given to professors across the college. Martínez’s students are consistently cast in leading roles in opera and music theater productions at the collegiate and professional levels, locally and regionally, have received awards and recognition through local, regional and national competitions, have been accepted into prominent undergraduate and graduate programs in vocal performance, music theater and other music degrees, and have been accepted into international, regional and local apprentices and professional training programs.

Martínez has had a prominent career as arts administrator at the local, regional, national and international levels. He was recently appointed as Chairperson for the Music Department at Nazareth College, where he has served as Program Director for the graduate and undergraduate Music Performance Programs, and as Coordinator of Vocal Studies. Martínez is currently serving as Governor for the New York District of the National Association of Teachers of Singing (NATS), and previously served as the President for the NATS Central New York-Finger Lakes Chapter. In 2015, Martínez was appointed, for the second time, as Arts Consultant for the Ministry of Culture in the Dominican Republic, where he worked extensively in restructuring and developing vocal arts programs.

Martínez has worked as guest adjudicator, guest clinician, master teacher, vocal coach, vocal pedagogue, stage director and musical director at the local, regional, national and international levels. Martínez holds doctorate and master degrees in Vocal Performance and Literature from the Eastman School of Music, and a Bachelor of Arts in music and sociology from Luther College.