The 42nd NATS Artist Awards Competition completed on Friday, June 29, 2012 when the finals were held in conjunction with the 52nd National Conference.  Six singers advanced from the semifinal round to compete in the final competition. Andrew Garland and Laura Choi Stuart were awarded first and second prize, respectively. 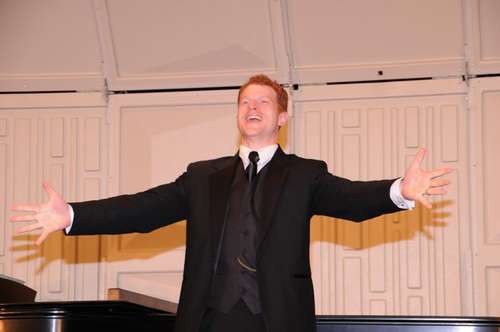 Andrew Garland, the first prize winner, has been saluted by The New York Times for having a "distinctively American presence." Baritone Andrew Garland is known for his engaging performances, and particularly for his interpretations on the recital stage. His performance in a recent New York recital, where he debuted several works by living American composers, was praised for his "grace, fervor and intelligence" (Seen And Heard International) and for his "lean, fine-grained, vibrant baritone." (Opera News Online)

On the concert stage Garland has sung Figaro in Il Barbiere di Siviglia with the National Philharmonic, Carmina Burana with the Dayton Philharmonic and the Delaware Symphony, Handel's Messiah with the Tucson Symphony, University of Michigan's University Musical Society and the Virginia Symphony Orchestra, selections from Kiss Me Kate with the Atlanta Symphony, Mozart's C Minor Mass with the Washington Master Chorale at the Kennedy Center, Brahms' Requiem with the University of Massachusetts, the World Premiere of Jonathan Sheffer's Red Couch Floating on Lake Erie with Red {an orchestra}, Handel's Samson with the Dartmouth Handel Society, and Meyerbeer's Les Hugenots with the Bard Festival.

Throughout his professional career Garland has focused on offering lively and inventive recital programs comprised of music by living American composers. This project has taken him to stages across the United States, including New York City, Washington DC, Seattle, Cincinnati, Madison, and Santa Monica, among others. His dedication and commitment to highlighting classical songs in recital has brought him great critical acclaim, including: "Garland's instrument is flexible, supple, light of timbre, and agreeable, the singing never less than polished. But his trump card is communication: he sang with a clarity to render printed texts mostly superfluous, and the range of expression, from sharply honed comedy to solemn introspection, from dramatic outburst to tender lyricism was limitless yet free of self-consciousness, of artifice. The fine art of poetry in music has found a rare ambassador." (Opera Now) 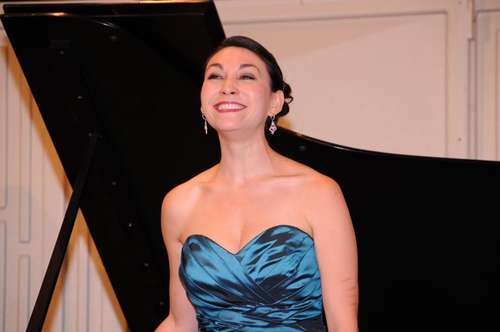 Laura Choi Stuart, second prize winner, is hailed as a "lyric soprano of ravishing quality” by the Boston Globe.  Laura Choi Stuart appears regularly as a soloist and ensemble member with the Washington Bach Consort and the Washington Master Chorale. On the opera stage, she has appeared in mainstage roles with Boston Lyric Opera, Opera Boston, Annapolis Opera, Lake George Opera, the In Series, and Opera North as Musetta, Adina, Gilda, Pamina, and Frasquita. Equally comfortable in recital and concert settings, she was one of the 2009 Art Song Discovery Series winners for the Vocal Arts Society and 2nd prize winner at both the 2010 and 2012 National Association of Teachers of Singing Artist Awards. She received her training at The Santa Fe Opera Apprentice Program for Singers, Opera North, and Berkshire Opera, as well as The New England Conservatory and Dartmouth College. Laura is a student of Elizabeth Daniels and lives in Silver Spring with her husband.

“Once again, the talent in NATSAA was outstanding. “ said Allen Henderson, Executive Director of NATS, “Andrew Garland is establishing himself as a fine artist and also a strong supporter of new works for voice.  We look forward to supporting him through this competition and his New York recital and it will be special to feature him in his hometown in two years at our next national conference in Boston.”