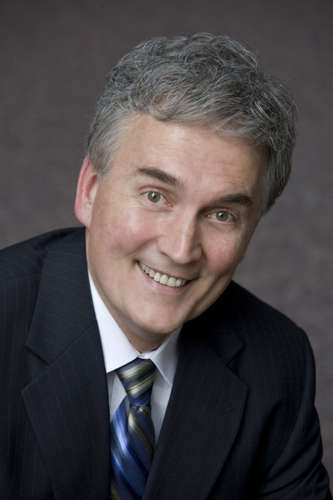 Daniel Johnson-Wilmot is a Professor of Music in the Music Department at Viterbo University. He received his Bachelor of Arts in Music from St. John’s University, Collegeville, Minnesota and a Master of Music in Voice from the University of Wisconsin-Madison. In his 45th year at Viterbo, he currently teaches Applied Voice, Opera Workshop, and Vocal Pedagogy.  He was a Regional Governor of the North Central Region of the National Association of Teachers of Singing. He has served on the National Conference and the National Student Auditions Committees of NATS.  He continues to chair Wisconsin NATS Student Auditions as he has done for more than twenty-five years.

As a member of the National Association of Teachers of Singing since 1976, he has served the Wisconsin Chapter as Auditions Chair for thirty years and was a Regional Governor of the North Central Region of NATS. He has served on the National Conference and the National Student Auditions Committees and he is currently finishing his second term as NATS National Vice President of Membership.

Opera is a favorite interest of Professor Johnson-Wilmot. He has sung roles in “The Marriage of Figaro, The Wings of the Dove, Rigoletto, La Boheme, The Rake’s Progress, and Die Fledermaus”. As a District Metropolitan Opera Audition First Place Winner, he received early recognition as a fine soloist. Johnson-Wilmot has sung dozens of solo recitals. Works he has directed include “The Marriage of Figaro, The Consul, The Robbers, Riders to the Sea, Dido and Aeneas, Hansel and Gretel, Amahl and the Night Visitors, Cinderella , The Barber of Seville, The Magic Flute, and Die Fledermaus” and numerous one-act operas.

He has appeared as a soloist with the St. Paul Chamber Orchestra, Pro Arte Quartet, Fox Valley Symphony, Waukesha Symphony, La Crosse Symphony and the Cleveland Orchestra. His most recent performances were with the La Crosse Symphony Orchestra where he sang the bass and baritone solos in Orff’s Carmina Burana, Beethoven’s Ninth symphony, Haydn’s Creation, and the Verdi Requiem.

Choral Singing and conducting is a passion of Professor Johnson-Wilmot. He conducted the Viterbo University Concert Choir for thirty years. He founded the La Crosse Boy Choir in 1974 and was their music director/conductor for thirty years. He founded the Three Rivers Girls Chorus in 1987 and directed them for ten years. He was the bass section leader in the St. Joseph the Workman Cathedral Gallery Singers for eleven years and sang in the Choir of the Shrine of Our Lady of Guadeloupe.

As a teacher Johnson-Wilmot has directed numerous choral workshops and voice master classes in Wisconsin, Minnesota and for the Classical Singer Magazine Voice Competition.  His voice students have won over two hundred and seventy awards in the National Association of Teacher of Singing State and Regional Auditions and are frequent encouragement award winners in the District Metropolitan Opera Auditions and first and second place winners in Schubert Club Scholarship Competition.

“I love teaching because I enjoy the process that students engage in as they discover the musical gifts and artistic potential they possess and develop that potential to its fullest. The study of vocal music is a cooperative venture where teacher and student and accompanist enter in as partners to explore the creative potential of vocal technique and artistry."