The Sandra Franks Award for an Outstanding High School Singer 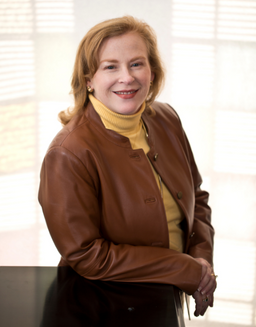 The Mid-South Region of the National Association of Teachers of Singing is pleased to create the Sandra Franks Award for an Outstanding High School Singer. The award honors the memory and legacy or our colleague and friend Sandy. It will be presented annually at the finals of the Mid-South Region National Student Auditions.

Sandy was an extraordinary teacher whose students were actively involved in all levels of NATS auditions, including the national finals. Members of her studio have become successful teachers and performers – many singing in some of the world’s most prestigious venues. Sandy’s students not only benefitted from her tutelage as singers, but also from her incredible warmth and care for the individual.

We invite her friends and colleagues, and also patrons of the vocal arts, to consider a gift to the fund that will support the Sandra Franks Award so that it will be a permanent remembrance to her legacy as a teacher and human being.

Dr. Sandra Franks was a member of the faculty of the University of Memphis Rudi E. Scheidt School of Music and an Adjunct Professor of Voice at Rhodes College. She served professionally as Treasurer and President of the Memphis Chapter of NATS, a presenter at The Voice Foundation's Symposium on the Care of the Professional Voice, and a contributor to the book The Larynx, edited by Robert H. Ossoff.

She maintained a private voice studio where she taught hundreds of students with diverse musical styles through the years. During summers she worked with young singers as vocal coach and director in the Opera Memphis Conservatory program.

As a Singing Voice Specialist and Vocal Pedagogue, Sandy specialized in the care of the professional voice. She joined the Voice Team in the office of Jan H. Petri, M.D. / Voice Care Associates in 1996, assisted several local physicians in the diagnosis of voice patients, and directed research projects, seminars, and masterclasses throughout the Southeast.

Sandy earned a Bachelor of Music from the University of Mississippi, a Master of Music from Louisiana State University, and a Doctorate of Musical Arts from The University of Mississippi where her concentration was vocal pedagogy. Her beautiful soprano voice was heard regularly throughout the Mid-South area. She performed as a soloist with Opera Memphis, the Oxford Community Chorus, the Memphis Vocal Arts Ensemble, the Rhodes MasterSingers Chorale, Germantown Presbyterian Church, and as a recitalist with the Memphis Chamber Music Society.

She grew up in Saltillo, Mississippi, and had a passion for singing her whole life. She was in the youth choir and youth ensemble and was always ready to sing solos at church. It was clear to her, even at an early age, that music would be her life's work.

Sandy met her husband Woodie while she was a doctoral student. The couple relocated to Memphis where Sandy joined the faculty of The University of Memphis Rudi E. Scheidt School of Music, teaching voice and undergraduate and graduate vocal pedagogy. Afterward, and for the past fourteen years, she was an Adjunct Professor of Voice at Rhodes College.

Her singing voice was just one of her amazing talents. She had a way about her that drew people to her. She had a beautiful smile and a warm personality that made people want to be her friend. She was so easy to love, and she made those around her feel like they were the most important people in the world to her.

She served her church as Coordinator of Children's Choirs at Germantown Presbyterian Church for more than a decade, and as a choir member, soloist, and choir assistant there for twenty-five years.

She enjoyed traveling with her family, shopping with her niece whom she regarded like a daughter, and baseball games with friends. But more than anything she loved her family. They remained her first concern even as her health was failing.