posted on 3:43 PM, December 5, 2017
‘America's Got Talent’ finalist with invisible disability will not let her true passion be denied

Award-winning singer, songwriter and motivational speaker Mandy Harvey will appear on June 25 at the 55th NATS National Conference in Las Vegas. Despite her invisible disability, Mandy’s true passion will never be denied.

Mandy was a Vocal Music Education major at Colorado State University in 2006-07. At age 18 she lost her hearing due to a connective tissue disorder that affected her nerves. She pursued several career options, including education, but returned to music in 2008. A former voice student of NATS member Cynthia Vaughn, Mandy quickly became a regular performer at various venues, including regular concerts at Dazzle Jazz Lounge in Denver, one of the top 100 Jazz venues in the world. With three jazz recordings to her credit, Mandy prepares to break more barriers with her new recording, “This Time!” 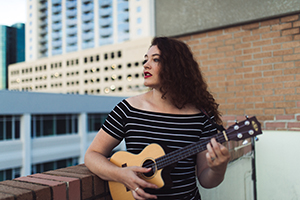 Though her hearing loss is profound, her timing and pitch are perfect and her passion is tremendous. With support from friends, family and her faith, Mandy continues to find joy in music. She continues to make a tremendous impact around the world, most notably as a recent finalist on America’s Got Talent. Mandy’s message is universal: Hope, Dream, Believe... no matter what.

“From the first note, Mandy Harvey tames her audience into stunned appreciation as she glides pitch-perfect from breathy jazz standard to growling blues…. At show’s end the audience is on its feet. Some know the secret. Harvey has not heard any of it – not the applause, not the talent of the musicians who shared the stage, not her own incredible voice.”
– Los Angeles Times 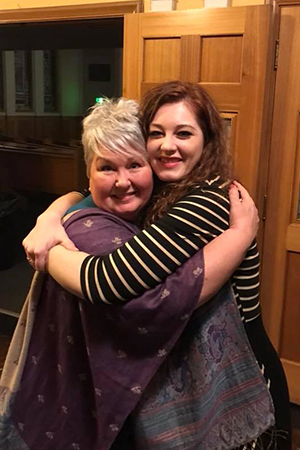 In 2011, Mandy won VSA’s Top Young Soloist Award and lived a personal dream of performing at the Kennedy Center in Washington, D.C. She continues to perform around the United States and has been recently featured on NBC Nightly News, Canada AM, and The Steve Harvey Show. In addition to performing and speaking, Mandy has become an ambassador to both No Barriers USA and Invisible Disabilities Association with a mission to encourage, inspire and assist others to break through their personal barriers, challenge stereotypes, and lead the charge toward a brighter future for all.

In addition to reaching the finals of America’s Got Talent and winning Simon Cowell’s “Golden Buzzer,” her appearance on CNN’s “Great Big Story” captured over 10 million views on social media. Burt’s Bees signed her up for their “Remarkable Women” campaign and she is performing at the world’s most prestigious clubs, concert stages and festivals.

Not content to rest on her burgeoning recording career, her live performances, and her inspirational speaking, Mandy just released her first book, Sensing The Rhythm, Finding My Voice In a World Without Sound, published by Howard Books/Simon & Schuster, with a message of helping others to realize their dreams and pursue their hopes.

“She demonstrates the power available to us when we give up our attachment to outcome and focus only on what we do now. She reminds us that through doing what we love and giving what we have, we enter a realm of hope and possibility. We experience freedom to be all that we are.”
– Jan Waterman
(Healing Path Magazine, March 2009 issue “Mandy Harvey: No Silent Songs”)