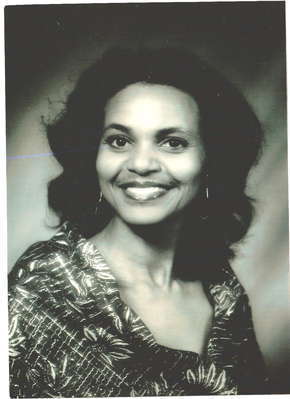 Dr. Devonna B. Rowe is a performing artist and educator. The soprano received her DMA in Vocal Performance from Catholic University of America, a MM from the University of North Carolina at Chapel Hill and a BA in Music Education from St. Augustine’s University. Additional studies include the Aspen Music School and the AIMS Program in Graz, Austria. Rowe’s teachers and coaches include Addison Reed, Martha Flowers, Todd Duncan, George Shirley, Adele Addison, Mary Ruzzika, Fabiana Bravo, Henrietta Lund and Rick Christman. Her career has taken her throughout the United States, Europe, Japan, Russia and Africa. She gave the World Premiere performance of George Walker’s “Five Songs for Piano and Voice” during a National Black American Music Conference. She has performed at Eggenberg Palace, the National Theater and the John F. Kennedy Center. The soprano has performed with organizations such as the Nashville Symphony Orchestra, the Susquehanna Orchestra and the Columbia Orchestra. A soprano with a versatile and extensive range, her operatic roles include, the Countess in Mozart’s “The Marriage of Figaro”, Clara in Gershwin’s “Porgy and Bess”, Mrs. Nolan in Menotti’s, “The Medium”, “Iolanthe” in Gilbert and Sullivan’s Iolanthe, Clara in “Signor Deluso” by Pasatieri, Fiordiligi in Mozart’s “Cosi fan tutte”, Marcellina in the “Marriage of Figaro” and La Zia Principessa in Puccini’s Suor Angelica. She performs Musical Theater as well as works by African American, Latin American and American composers as well. Devonna performed Catalan and Portuguese songs at the Barcelona Festival of Song in Spain. Honors and awards include a music fellowship from opera singer Leontyne Price, the Choral Arts of Washington’s Excellence in Arts Education Award, an Excellence in Arts Education award from the Delaware State Teacher’s Association, Grants from the Maryland State Arts Council as well as a Governor’s Award from the State of Maryland for exemplary service to the community. In 2016 she was selected for the Indispensable Role of Blacks exhibit at Johns Hopkins University. With over 30 years of experience as a voice teacher and as an arts educator, Dr. Rowe has taught at the University of North Carolina at Chapel Hill, Blair School of Music/Vanderbilt University, Aspen Music School, Aspen Colorado, Morgan State University and the University of Maryland Eastern Shore. Her voice students are graduates of Yale University, The Julliard School and other undergraduate and graduate music programs. They have given debut performances at Alice Tully Hall at Lincoln Center. Her students are performing with the Washington Opera, the Metropolitan Opera, the Festival of the Aegean in Syros, Greece, the North Czech Philharmonic Orchestra in the Czech Republic and the Anhaltisches Theater, Dessau, Germany.

Devonna has served as a GFO Music Panelist with the Maryland State Arts Council. She continues to judge vocal competitions throughout the US. Rowe is a member of the National Association of Teachers of Singing (NATS), Opera America and the National Association of Music Education (NAME). The artist continues to write and produce Arts Education programs and to perform as a recitalist, a concert artist and in operatic productions. She holds a teaching certification from the Maryland State Department of Education. Devonna uses her certifications in Health and Wellness and Personal Fitness to benefit her work with her voice students. Dr. Rowe is currently serving as the District Governor of the MDDC chapter of NATS. She is a Voice instructor at Peabody Institute, Johns Hopkins University.

Voice Type: Soprano
Music Styles Taught: World; Opera; Folk; Classical; Musical Theatre
Availability: I am available as a performer; I am currently accepting private students; I am available as a clinician or presenter; I offer lessons in a group environment; I accept students through a college or university program