II. Favorites from the Song of America tours

A Green Lowland of Pianos - (Milosz on text by Harasymowicz)

I hear an army

Praised by the New York Times for his “ceaseless curiosity,” Thomas Hampson enjoys a singular international career as an opera singer, recording artist, and “ambassador of song,” maintaining an active interest in research, education, musical outreach and technology. The American baritone has performed in the world’s most important concert halls and opera houses with many renowned singers, pianists, conductors, and orchestras. Recently honored as a Metropolitan Opera Guild “Met Mastersinger,” he is one of the most respected, innovative, and sought-after soloists performing today.

On the opera stage next season, the baritone looks forward to making his role debut as the eponymous antihero of Berg’s Wozzeck at the Metropolitan Opera, in a production featuring Deborah Voigt and led by James Levine. Hampson will also reprise his star turn in the title role of Simon Boccanegraat the Vienna Staatsoper, and revisit such signature parts as Amfortas inParsifal at Lyric Opera of Chicago (as well as in concert with the National Symphony); Giorgio Germont in La traviata at the Bavarian State Opera; Mandryka in Arabella at the Salzburg Festival; and Scarpia in Tosca at both the Deutsche Oper Berlin and London’s Royal Opera House. In the concert hall, he will open the season in performances of Eisler’s Ernste Gesänge with Christian Thielemann and the Staatskapelle Dresden, and looks forward to singing Brahms, Schubert, and Wolf on a twelve-stop European tour with the Amsterdam Sinfonietta. Other orchestral collaborations will include programs of arias and duets with Luca Pisaroni in Prague, Bratislava, Essen, Baden-Baden, and Paris, and selections from Des Knaben Wunderhorn with the BBC Scottish Symphony. The baritone will take his celebrated lieder recitals to London’s Wigmore Hall, the Leipzig Gewandhaus, and to Coburg, Heidelberg, Brussels, and Berne.

In the 2012-13 season, Hampson’s operatic engagements brimmed with Verdi, from his company role debut as Iago in Otello at the Metropolitan Opera to singing Giorgio Germont at the Vienna State Opera. Having wowed critics in the title role of Simon Boccanegra at Chicago’s Lyric, the baritone reprised the Doge – in concert and live recording, which is due for fall release – at Vienna’s Konzerthaus, and looks forward to closing the season in the role at London’s Royal Opera House. It was as Scarpia that he opened the present season at Santa Fe Opera, and he revisited the role at Zurich Opera, where he also portrayed Wolfram in Tannhäuser. He returns to Wagner in summer 2013, singing Amfortas in Parsifal at the Munich Opera Festival, before rejoining the Salzburg Festival as Rodrigo in a new Pappano/Stein production of Verdi’s Don Carlo.

Hampson’s recent international concert and recital engagements include performances in New York, Munich, London, Vienna, San Francisco, and more. He made gala appearances at Baden-Baden’s Festspielhaus on New Year’s Eve and celebrated the Concertgebouw Orchestra’s 125th anniversary in Amsterdam. His collaborative projects also included a European tour with the Wiener Virtuosen, an appearance with the Borusan Istanbul Philharmonic Orchestra, and concerts with the Jupiter String Quartet – featuring a world premiere by Mark Adamo – in New York, Boston, and Davis, California. Other artistic partnerships included performances with the Los Angeles, London, Munich, and Israel Philharmonics, and the National Symphony.

Internationally recognized for his versatility in operatic repertoire both classical and contemporary, in 2011 the baritone created the role of Rick Rescorla in the San Francisco Opera’s world premiere production of Christopher Theofanidis’s Heart of a Soldier, which commemorated the tenth anniversary of the 9/11 attacks. Other important firsts for Hampson in the 2011-12 season included his role debuts as Iago in Otello and in the title role of Hindemith’s Mathis der Maler, both at Zurich Opera, as well as his house role debut as Verdi’sMacbeth at the Metropolitan Opera.

Hampson was recently inducted into the American Academy of Arts and Sciences and has won worldwide recognition for thoughtfully researched and creatively constructed programs that explore the rich repertoire of song in a wide range of styles, languages, and periods. Through the Hampsong Foundation (www.hampsongfoundation.org), founded in 2003, he employs the art of song to promote intercultural dialogue and understanding. He is one of the most important interpreters of German Romantic song and with his celebrated “Song of America” project (www.songofamerica.net), a collaboration with the Library of Congress, he has become known as the “Ambassador of American song.”

The singer’s commitment to cross-cultural communication through music and text was showcased in CNN’s “Fusion Journeys” series, for which Hampson was filmed in South Africa in a musical exchange with Ladysmith Black Mambazo. The past season also saw the debut of the “Song of America” radio series, co-produced by the Hampsong Foundation and the WFMT Radio Network of Chicago. Conceived and hosted by the baritone, the series consists of 13 hour-long programs exploring the history of American culture through song, and has aired in more than 250 U.S. markets. A passionate teacher, Hampson will return for master classes to both the Manhattan School of Music’s Distance Learning program and Heidelberger Frühling’s Lied Academy, of which he is the co-founder and artistic director.

Hailing from Spokane, Washington, Hampson has received many honors and awards for his probing artistry and cultural leadership. Comprising more than 150 albums, his discography includes winners of a Grammy Award, five Edison Awards, and the Grand Prix du Disque. He received the 2009 Distinguished Artistic Leadership Award from the Atlantic Council in Washington, DC, and was appointed the New York Philharmonic’s first Artist-in-Residence. In 2010 he was honored with a Living Legend Award by the Library of Congress, where he serves as Special Advisor to the Study and Performance of Music in America. A 2011 recipient of the famed Concertgebouw Prize, Hampson also holds honorary doctorates from Manhattan School of Music, Whitworth College, and San Francisco Conservatory, besides being an honorary member of London’s Royal Academy of Music.He carries the titles of Kammersänger of the Vienna State Opera and Commandeur dans l’Ordre des Arts et des Lettres of the Republic of France, and was awarded the Austrian Medal of Honor in Arts and Sciences. In 2011 Hampson was again named ECHO Klassik’s “Singer of the Year,” marking the fourth time he has received that distinction over a 20-year period. 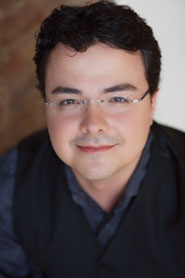